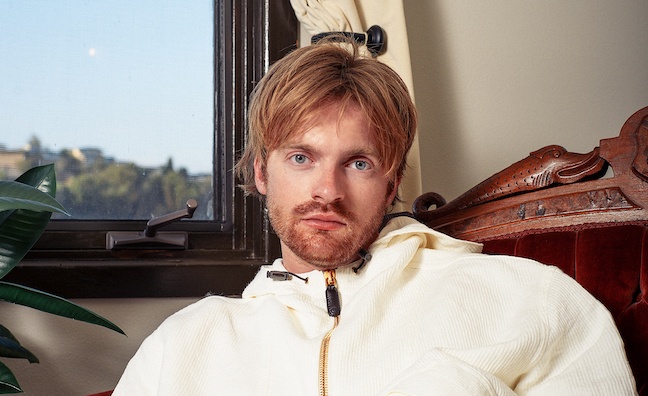 Finneas has discussed his songwriting partnership with his sister Billie Eilish in an interview with Music Week.

The 24-year-old, who graces the cover of our latest issue, has found his sonic talents in high demand since coming to the world's attention alongside his superstar sibling.

The LA-based producer and singer-songwriter has collaborated with the likes of Justin Bieber, Selena Gomez, Benny Blanco, Celeste, Camila Cabello and Girl In Red, to name but a few, and said he would have no issue with Eilish working with other writers in the future.

“My role in Billie’s career is always going to be that the door is open and that I’m always excited and honoured to be working with her,” he said. “I will support her and be a fan of her music forever. And I’ll make it with her as long as she would like to make music together.

"I feel like relationships – creative and otherwise – are only fun because you’re both choosing to be in them, not because you have to be in them. So that’s the way I want this one to feel. I want her to feel she can do whatever she wants. And if she’s choosing to work with me, it’s because she’s making that choice to.”

Co-written with Finneas, Eilish’s acclaimed second album Happier Than Ever topped the charts in more than 20 countries worldwide upon its release in July. The record has sold 94,525 copies in the UK to date, according to the Official Charts Company. Finneas will join his sister on her 2022 Happier Than Ever world tour, which includes a Glastonbury headline slot.

“That was an album that we really put our whole hearts into and I’m so excited to play those songs live,” said Finneas. “Billie and I really co-piloted that album. We love our team: Justin Lubliner at Darkroom, John Janick at Interscope, Sam Riback, our A&R, and our managers [Brandon Goodman and Danny Rusakin at Best Friends management]. We trust their opinions, but they gave us a really wide berth to just be creative and free."

We’re trying to make the most creative decision

Finneas, who released his debut solo LP Optimist via Polydor/Interscope earlier this month and has more than nine million monthly listeners on Spotify, added that his songwriting style is more conventional than his sister’s.

“We obviously write together, so I feel like our writing styles bleed into each other," he said. "But definitely, in terms of the music that I put out under my own name versus the music I put out with her, mine is a little bit more classical than hers for sure, just down to instrumentation alone.”

While Eilish's 2019 debut LP When We All Fall Asleep, Where Do We Go? has gone double-platinum in the UK, having shifted 705,008 units to date, Finneas suggested he was not driven by record sales.

“The commercial side doesn’t really matter to me at all – except what the people who are coming to our shows think, because they’re who we do everything for. It’s been really satisfying and thrilling to see our audience members love songs like Happier Than Ever and Oxytocin, but we don’t concern ourselves too much with, ‘This song has to be top of the charts’ or whatever. We’re trying to make the most creative decision; we’re not always trying to make the most commercially successful decision.”

Subscribers can click here to read the full interview with Finneas and his team.