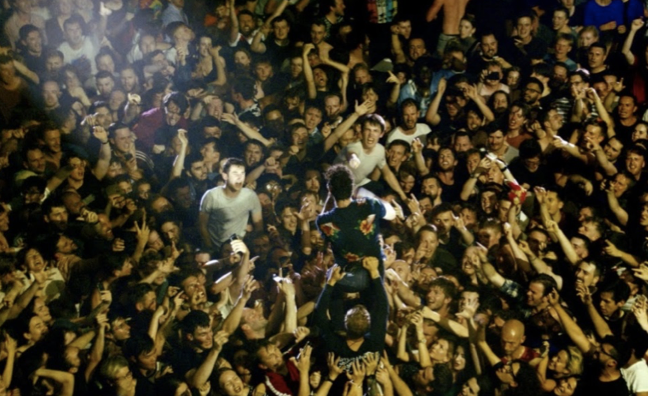 Foals have announced details of a new documentary and concert film called Rip Up The Road.

The film was made over a 12-month period during the band’s recent world tour and will be exclusive to Prime Video in over 200 countries and territories worldwide.

Rip Up The Road hones in on two nights at London’s Alexandra Palace, while an accompanying live EP will be available through Amazon Music as part of its Amazon Originals series.

The film is released on November 15, with a premiere scheduled for Rio Cinema in Dalston, East London on November 11 as part of the Doc’n Roll Film Festival. The band and Transgressive Records co-founder Toby L will take part in a Q&A at the premiere. Tickets are available via Dice.

Released in the wake of the Mercury Prize-shortlisted Everything Not Saved Will Be Lost Part 1 – the first half of a two-album campaign – the film follows Foals through North and South America, Europe, Australia, New Zealand and Asia, plus the UK festival season.

Alan Moulder mixed both the footage of the band playing live and the tracks on the accompanying EP, while the film was edited by Jerry Chater.

Everything No Saved Will Be Lost Part 1 debuted and peaked at No.2 with 26,111 sales. The follow-up is due later this month via Warner Records.