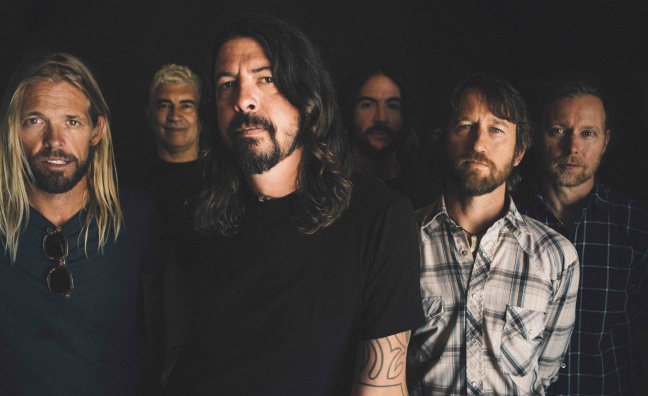 Foo Fighters have announced they aimed to showcase a host of “strong female artists” when they put together the bills for their UK stadium tour.

Dave Grohl’s band play Manchester’s Etihad Stadium on Tuesday (June 19) before staging two dates at London Stadium at the weekend (June 22-23) and their agent Russell Warby, of WME, has told Music Week that a lot of thought was put into the bills.

Across the UK dates Wolf Alice, The Kills and Goat will open for the band, with Slaves, Frank Carter & The Rattlesnakes and The Cribs also among the handpicked acts.

“With the bigger shows we want to carefully curate an inspiring bill. We consciously thought we want a lot of strong female artists and lots of younger artists,” explained. Warby. “We wanted very much to offer a varied and interesting bill, and maybe throw up some surprises and challenges.”

The Foos’ stadium shows, mark a busy period for the UK’s football and rugby grounds, coming hot on the heels of Ed Sheeran, The Rolling Stones, Taylor Swift and more who have all staged their own outdoor gigs in the last six weeks.

“This summer has had a lot of activity,” noted Warby. “We were holding dates very early, but I was aware of the competition for slots and that Taylor Swift and Ed Sheeran were also looking dates around that time.”

Get the new issue of Music Week for an in depth look at the rise of the UK’s stadium season and its future place in the British live calendar.