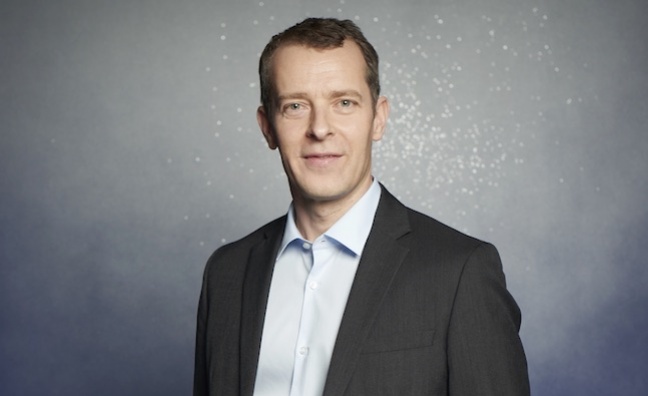 In his seventh and final year as CEO of the Mercury Prize, outgoing BPI CEO Geoff Taylor has called for the BBC to give new music a higher profile on TV.

Taylor, who is due to step down from the BPI next year, has spoken to Music Week ahead of tonight’s Mercury Prize ceremony, which will crown the latest winner of the award, which was established in 1992.

And while Taylor is pleased with the breadth of this year’s coverage on the BBC – which will see the ceremony go out live on BBC Four and BBC Radio 6 Music, where the winning record will also be played in full – he stressed the importance of even more prominent BBC support.

"The BBC has a primordial importance to British music and culture, and the BPI and rest of the music sector are strong supporters of its public service role, because it allows the BBC a latitude to promote new and innovative music that commercial broadcasters don't always have,” said Taylor. “So our partnership with the BBC around the Mercury Prize is tremendously important.”

Taylor revealed the “challenge” that, in his role as Mercury Prize chair, he puts to the corporation every year.

“What I always put to [director-general] Tim Davie and others is that this is the best British music of the year,” he said. “If the public service broadcaster can't find space on BBC One or BBC Two for the best British music of the year, then I'm not sure I know what public service broadcasting means. So we put them under pressure to give it a higher profile.”

Expanding on this year’s coverage, Taylor said that the awards show is on BBC Four “for a good reason”.

“Lots of their music programmes are on BBC Four,” he said. “And we have a great partnership whereby the Mercury Prize features on The One Show, it features on the news, it gets a very widespread broadcast opportunity from the BBC. But we'd love to see British music given a higher profile on the main channels, so that more consumers who wouldn't necessarily search out the Mercury Prize will encounter the best music of the year. We think that's a valuable service the BBC can and should provide.”

When it comes to radio coverage, Taylor praised 6 Music as an “absolutely incredible supporter” of the Mercury.

“We absolutely love them, they're so closely intertwined with the whole fabric of the event,” he said. “There's [Radio 2/6 Music head of music] Jeff Smith's role [as chair of judging panel], Lauren Laverne who presents it... We're tremendously grateful for the support we get from 6 Music, as we are in the support we currently get from BBC TV. We’re just ambitious to grow it further.”

For two of the shortlisted acts, it’s not just their current albums that are performing well in the charts. Styles had 2017 debut Harry Styles at No.71 in last week’s albums chart, with 2019’s Fine Line at No.26 and Harry’s House at No.2. Sam Fender, meanwhile, was at No.35 with Seventeen Going Under and debut Hypersonic Missiles at No.70.

Taylor pointed out that contemporary artists are finding success on streaming with their back catalogue.

"There's a lot of focus on catalogue but a lot of the debate is, I think, unintentionally skewed by perhaps a misunderstanding of what is meant by catalogue,” he said. “When there are stats published about the high percentage of streams consumed that are catalogue, people tend to read that as meaning Queen and Fleetwood Mac, whereas actually the vast majority of catalogue consumption is tracks from the last five or 10 years, very often previous albums by artists who are currently in the charts.”