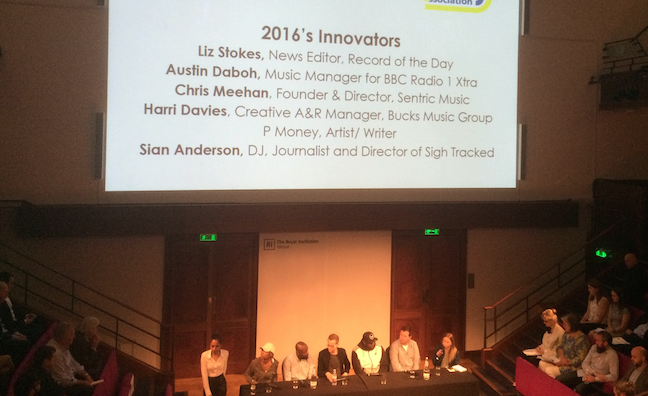 The UK grime scene was placed under the microscope at yesterday’s MPA AGM, as a panel of prominent figures from the genre discussed the various ways in which it is blazing a trail through the industry.

Among the topics discussed were the parallels between grime and punk, its DIY roots and the need for record label flexibility when bringing new artists and releases to market.

Commenting on the genre’s rise to prominence in recent year, Anderson said: “There is a lot more that needs to be done at grass roots level in grime. Artists can’t get complacent.

“Grime isn’t tangibly any better of than it was years ago. It’s happened for one or two artists, but not the genre.”

Daboh, however, disagreed, stating: “I disagree. I think some huge things have happened in grime. A lot has changed in recent years.

Anderson also discussed the malleable nature of the genre and how crucial it is that labels take a versatile and dynamic approach when acquiring and marketing artists. “People have started to realise that grime is something you can’t market – grime markets itself.”

Daboh elaborated: “Grime is a DIY, flexible genre in its truest form. You need the freedom to release and market the way the artist wants. Major labels do great things and create hit records, but grime is different to most genres.”

Meanwhile, artist P Money highlighted a lack of education on how to capitalise on the various download and streaming platforms available to artists as a potential fork in the road for up and coming musicians, whilst also noting the benefits of social media in generating new fans.

“With so many ways of getting your music out, there is a problem of lack of education on how to use platforms properly. With social media it’s easier to connect with the world. Grime artists are now touring and doing more thanks to social media.”

Elsewhere at the AGM, MPA Group CEO Jane Dyball revealed that A&R investment by British music publishers is at an all-time high in her MPA AGM speech this afternoon.

In a speech that highlighted the growing importance of international revenues, Dyball also revealed that the value of sync revenue and direct licensing among the group’s members is on the up.

“A&R investment by British music publishers is at an all-time high and, give or take the odd million, equal with that spent by British record labels,” she said.

The MPA also announced the results of its latest board elections at its AGM yesterday, which took place at London’s Royal Institution.

The AGM saw a total of seven MPA members stand for six elected director vacancies on the MPA Board.