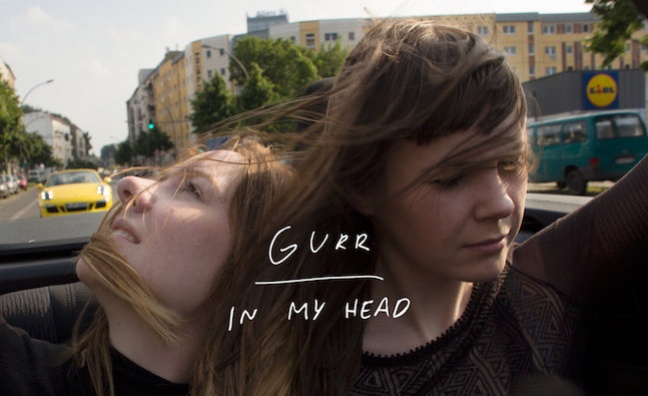 The Berlin-based duo triumphed with their debut LP In My Head, released on German label Duchess Box Records.

Helen Smith, executive chair of IMPALA, said: “We had a great shortlist again this year and Gurr had to fight off some tough competition. In My Head is a great record and a deserving winner. It’s great to see a young female act scooping the prize”.

Andreya Casablanca and Laura Lee met at university in Berlin and became friends when travelling together through the UK. Gurr have been touring their debut with shows at Eurosonic, SXSW, the Great Escape and Latitude Festival.

Commenting on the IMPALA award, Gurr said: "We were so proud when we heard we won this award! We recorded this album with money saved up from touring and relying on other people’s trust (which means the trust that we’re gonna pay back the [cost of the] extra studio hours, haha). Without Duchess Box Records we never could have pushed the record as much as we have. We’ve toured with it all across Europe and went to the states - it’s a crazy year behind us."

In My Head is a great record and a deserving winner

Grant Box, founder of Duchess Box Records, said: "I was blown away by the album as soon as I heard it. We set up an international marketing campaign very early before its release, which isn't the usual strategy for a German guitar band on a new independent record label, but we knew we had something special.”

In My Head has already received an award from the German association of independent music companies (VUT) for 2017 Best Album.

Jörg Heidemann, managing director of VUT, said: “Congratulations to Gurr! Andreya and Laura won the VIA! VUT Indie Award for best album in 2017, so we are thrilled that they are also winning IMPALA’s European Album of the Year Award. Gurr is the first German band to receive this award and that makes us really proud.”

The European Album Of The Year award was launched in 2011 to mark the 10th anniversary of IMPALA, the organisation which represents independent European music companies.

The winner is selected by a jury of IMPALA board members from a shortlist compiling national and non-national album nominations from territories across Europe.