'He is a force to be reckoned with': Relentless GM Ben Coates on breakthrough star Tom Walker 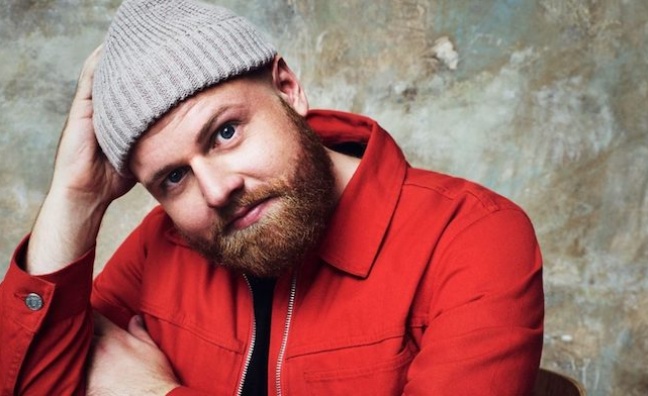 After a strong opening week at No.1 with What A Time To Be Alive earlier this month, Tom Walker is already climbing back up the charts with his debut. It’s currently at No.2 in the Midweek Sales Flash in its third week in the Top 10.

Walker’s album was pushed back from Q4 2018 – a smart move, as it landed just after his win for BRITs Breakthrough Act. The album has OCC sales to date of 54,818, while the single Just You And I (299,846 sales) has advanced into the Top 5. If it holds on for the rest of the week, Walker’s second Top 10 single will surpass the peak of his signature hit Leave A Light On (928,689 sales).

In the latest issue of Music Week, Relentless Records GM Ben Coates opens up about the Tom Walker phenomenon. Here, the Sony exec takes us inside the chart-topping campaign….

We’ve seen albums by artists ranging from Ed Sheeran to Rag‘N’Bone Man perform well off of a Q1 release in recent years. Was that part of your thinking in terms of pushing the album back from 2018?

“We definitely looked at similar campaigns and how they worked. I think every artist is unique and timing is obviously quite key. For Tom in particular, the main thing was that it just gave us a few more months to build that foundation and meant that we could come out with a really strong start. For the consumer post-BRITs, people are looking for new music - and there’s not as much [new music] from returning artists.”

What’s the BRITs effect been for Tom Walker?

“Tom has been very fortunate, we’ve had some really great TV opportunities to date, pre-BRITs. The BRITs was a consolidation of everything that happened and a justification of Tom as a breaking artist, not just here in the UK but around the world. It’s the validation that shows Tom is force to be reckoned with.”

Leave A Light On came out 18 months ago now. Do artists need that sort of gestation period to develop towards an album?

“It depends on what area of music they’re coming from. When we signed Tom, he hadn’t released any music – he didn’t even have an artist Facebook page at that point. So its been a real kind of artist development story. I think for an artist in Tom’s lane, they do need that time. As well as moments like the BRITs, all the other foundations were laid so that [the BRITs] was just a connect-the-dots moment that helped to accelerate things. I do think that things are taking longer, particularly if you’re looking at going on to sell albums and hit that pretty wide demographic, which is what we’ve started to do now with Tom.”

Does it feel good to have secured a second hit after the defining success of Leave A Light On?

“Absolutely. History tells us that if you look at successful album campaigns, if there’s two hits, three hits, four hits there, you go on to sell a lot of albums. It was important for us and the type of artist that Tom is. Just You And I is becoming another big hit, and it shows another side to Tom. Leave A Light On was kind of heartache, heartbreak and anguish, whereas Just You And I is happy and upbeat. It’s important that Tom does have another one under his belt – and actually there are more to come.”

What are the ambitions for the album?

“We think this can be an album that continues to sell for the rest of the year. We’re mindful that we need other bits of promo and singles to drive that. There’s a healthy share coming from the supermarkets already, which indicates that kind of crossover appeal.”

Have you got a target for the album in terms of sales?

“We’ve got a target I’d like to hit! I think we’re just hoping we can keep working the album and it holds firm there for the rest of the year. Looking at [fellow Sony acts] Rag‘N’Bone Man, George Ezra – there’s a blueprint there that we know works. Hopefully, we’ll be having a conversation in a year’s time and we’ll have sold a lot of records.”