'He is a true career artist': Team Tom Walker on big expectations for the BRITs winner's debut album 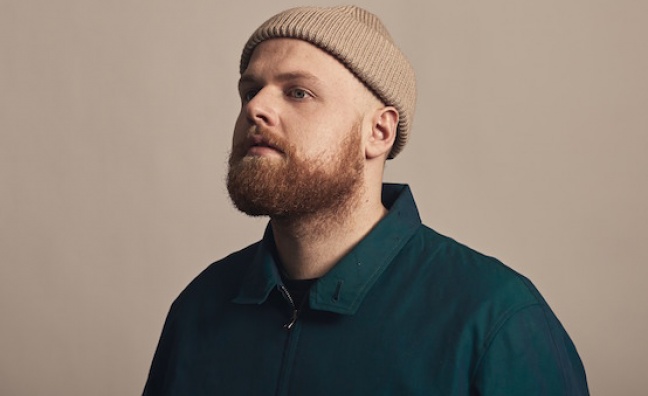 Tom Walker’s debut album was originally scheduled for release in October 2018, but was pushed back as his team continued to build on the global success of the single Leave A Light On.

The track helped Walker secure the Sync Artist Of The Year title at the Music Week Sync Awards. Leave A Light On, which peaked at No.7 last summer, has sales to date of 873,544, according to the Official Charts Company. It is still in the Top 50 and has clocked up almost a year in the Top 100.

The album delay now looks like a smart move as the record finally appears today (March 1), just a week after Walker’s triumph in the BRITs Breakthrough Artist category. Current single Just You & I is pushing for a Top 10 finish.

In the latest issue of Music Week, Walker’s manager Simon King discusses the award’s impact. Here, the founder of Covert Talent Management takes us inside the campaign…

Can the BRITs still give an artist a boost - and how will it help the debut album campaign?

“Absolutely, the BRITs is still one of the biggest British Music events of the year. For many people, it is a ‘join the dots’ moment of who an artist is and we’ve already seen it send Tom’s unreleased album to the top of the iTunes Pre-order chat and the Amazon Bestsellers.”

He seemed shocked to beat Jorja Smith, Ella Mai, Mabel and Idles - how does he feel about the victory?

“He was really surprised. It was a public vote and we don’t have as many social media followers as some of the other nominees. We had not had an album out yet so we were all blown away to win the award.”

Can the televised BRITs performance help launch him as a career artist?

“Yes, it couldn’t be better timing with the album What A Time To Be Alive coming out. I’ve managed Tom for five years now and the entire team has worked really to build a strong foundation globally. There is no doubt in my mind that Tom is a true career artist. We have some incredible songs on the album that really show off Tom’s voice and his strength of songwriting and storytelling.”

Have you got a plan to capitalise on the BRITs?

“Relentless Records and Sony Music have been incredible. They’ve allowed us to take time out developing Tom and taken the right steps both in the UK and internationally to build a strong foundation before releasing the album. We are doing both outdoor, press and TV marketing using the album artwork, which is Tom’s face made out of 2,000 hand-printed images of people by an artist called Craig Alan.”

Does it raise his global profile even more?

“A BRIT award is globally recognised and even being nominated has already given us opportunities in different countries. So winning one is the icing on the cake with the album coming out so soon, and it will allow us to continue to build Tom’s story for a long-term career.”