'He was a rare breed': Industry tributes to Ashley Akabah of Architechs 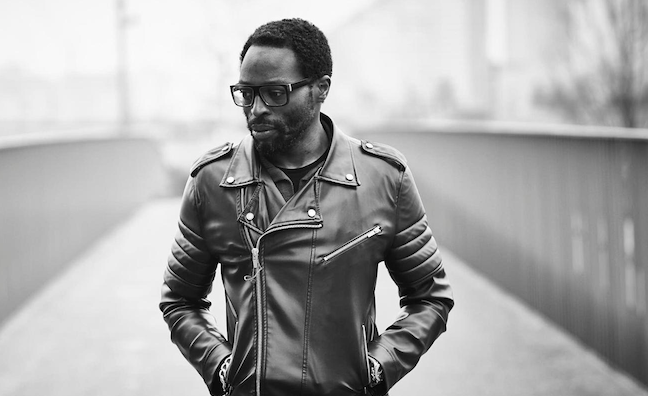 Leading music industry figures have paid tribute to Ashley Akabah, of UK Garage act Architechs, who passed away on Sunday, February 2 in Notting Hill, West London. He was 49 years old.

As one half of Architechs alongside his brother Tre Lowe, Akabah came to prominence with a remix of Brandy & Monica’s The Boy Is Mine released in 1998. The bootleg vinyl sold around 10,000 copies, catching the attention of the wider music business.

In 2000, they released Body Groove featuring vocals from Nay Nay, it peaked at No.3 and has sold 381,633 copies to date, according to the Official Charts Company.

The MOBO-nominated single came out via Go! Beat, a Universal imprint run by Ferdy Unger-Hamilton, who is now president at Columbia. The track was published by EMI Publishing. It has 12,981,571 streams on Spotify.

Akabah was Architechs’ principle writer, and he and his brother remixed an array of artists including Usher, Justin Timberlake, Mariah Carey and Beenie Man.

Prior to his death he was preparing to release a recently completed new EP. The EP will be released posthumously. A statement said: “He died as he lived, excited about music. Forever a musician. Forever loved.”

“My beautiful brother Ashley. You brought joy to so many lives with your love for crafting music and putting pen to paper to create magic. I remember us making the Boy Is Mine with Kevin in his studio. Together we transformed my little beat into a track that helped alter the history of urban UK music. That was your gift to the world. The ability to bring light with your creative genius. To millions you will forever be the voice on the eternal classic Body Groove. To me, you will always be my big brother, my hero and a truly beautiful soul. I long for the day when we make music together again. Love you bro.” Tre Lowe, Architechs co-producer and brother to Ashley Akabah (aka City)

“Just so sad and so young. When I signed Body Groove it was such an important moment in my career and heralded such a great musical scene in the garage format. Such an infectious positive song, just like the man himself. I hate when people pass this young. It may have been one song, but it was such an important song. Condolences to his family and a sad loss for UK Garage.” Guy Moot, CEO & chair, Warner Chappell

“I'm so shocked and saddened by Ashley's sudden departure and am thinking of his family during this difficult time. He was passionate about music and creating Body Groove was such a positive time we had together in the studio. This record took us around the world and has now become an integral part of UK music; we made a classic! I'm proud to have created and been part of such an iconic moment. My thoughts and prayers are with his family. His music will live on. Rest In Peace.” NayNay, solo artist & vocalist on Body Groove and 'Show Me The Money

Body Groove was such an infectious positive song, just like the man himself

“I will start by saying I’m still trying to get my head around the fact that I won’t see him or get those inspirational calls and long conversations with Ashley. Ashley (City) and Paul (Tre) were private people and weren’t keen on too much limelight, hence preferring to be in the background. Architechs gave us a huge historical moment with Body Groove along with the brilliant remix of Boy Is Mine. Ashley had a mad passion for music writing. Creating music being the thing he lived for, we can all hear that from the classic Body Groove which will always be an unshakable pillar from the UK Garage scene. He will be greatly missed. Miss you bro. Rest In Peace.” Aaron Hercules, director, Homemade / Architechs manager

“When I first heard Body Groove, I couldn’t quite believe that anyone could make a pop record that instant. It was the perfect record for the time – a more obvious hit I’m not sure I ever heard. Ashley was a true talent, he and his brother Tre made some breathtaking records together with NayNay. Ashley was also a lovely, sensitive kid. Incredibly thoughtful yet very driven and obsessed with music. I bumped into him on Portobello Road a few years ago and he was as warm and smiley as ever – that will be the way I will always remember him.” Ferdy Unger-Hamilton, president, Columbia

“I first met Ashley (City) and his brother Paul (Tre) in the late 90’s, Notting Hill/Ladbroke Grove boys all. They had established themselves as producers in the ‘bootleg/white label’ market. Great times when record shops thrived and fans could hunt out the latest unsanctioned hits.

“These records were literally sold from the car boot and represented a world were music had value outside the control of the mainstream tastemakers and record labels. Prices running as high as £20 for the hottest vinyl. Enter Ashely and his bother with their big hit, a reworking of The Boy Is Mine by Brandy & Monica. Major companies were trying to police the market, famously getting thousands of copies of DJ Hype’s Ready Or Not (Fugees) destroyed. The boys were fun (cheeky in fact) informed and talented. Atlantic made us promise that in return for no action being taken we would not press and sell more than 2,000 copies. I can now  report 20,000 copies pressed and counting! The underground became overground and chart success followed with Body Groove (one of the essential Garage tunes) and later releases.

“But as ever, the boys preferred to live under the radar and in keeping with their reserved and modest natures chose to keep it on the downlow. Ashley was good people. He and his brother left centre stage to others and in fact chose not to deliver the balance of their first album, even with tracks ready, and not taking the £100,000 due. Rare principles in an age where money is the chosen driver, and more evidence that Ashley was a rare breed. RIP.” Paul Spraggon, partner, SSB

A true talent has been lost

“I met Ashley when I first started working in the music industry as a junior PR. Body Groove was the first UK hit record I ever worked on. I spent time with both Ashley (City) and Paul (Tre) on the promo trail for several months in the lead up to, and the weeks following, the song breaking. Great times. Ashley always had great energy and I was impressed by his laser focus on what he wanted, whether it be from the music, the photos or the interviews. An incredible talent that has had his time cut short far too soon. His spirit will live on in the music. Rest In Peace.” Rich Dawes, managing director, DawBell & Architechs PR (2000)

“Ashley was a wonderful artist to work with and we are deeply sad to have lost him. A true talent has been lost. Our hearts to go to his brother and family.” Paul Samuels, VP, A&R, Atlantic Records

“As the Dreem Teem we had the pleasure of playing 'BodyGroove' first on national radio. We knew it was a hit the moment heard it and subsequently played it loads. We can all only hope that once we have passed that we have left some legacy and I want to take this opportunity on behalf of the Dreem Teem to say thank you Ashley for what you gave us and what you've left us. RIP Brother.” DJ Spoony