Headie One salutes No.1 success with Edna 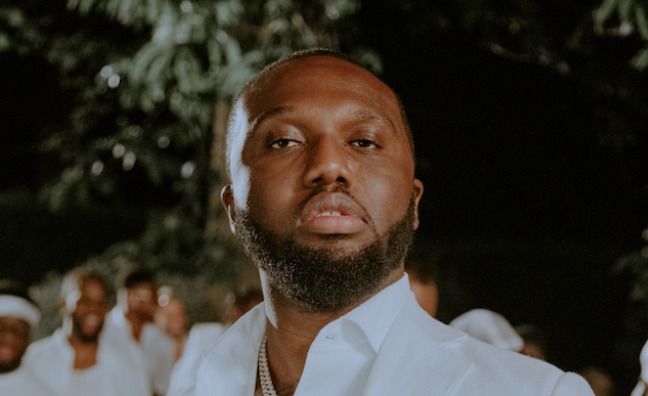 Headie One has told Music Week that his No.1 albums chart finish represents progress and positivity as the rapper continues his ascent.

According to Official Charts Company data, the 20-track Edna, named after the rapper's late mother and released on Relentless, sold 15,494 copies in its first week, marking a new chart peak for Headie One. The record is the first UK drill album to top the charts, which Relentless president Shabs Jobanputra told Music Week represents a watershed moment.

“Another subculture of British music has just permeated mainstream society,” he said. “Headie is at the top of his game and he truly deserves everything that is coming to him off the back of his authenticity and talent.”

After speaking to Relentless and Headie One’s O’Division Management as the campaign kicked off, we caught up with the rapper at the end of a big week.

Headie One teased Edna – his sixth project of a prolific two-year period since signing to Relentless – heavily, with fans flooding social media to clamour for its release.

“I didn’t [aim for No.1] you know, I just wanted to finish recording the album to the musical quality I wanted it to be at,” he said. “I’m very pleased with the feedback, it seems like everyone’s enjoying it, everyone’s having fun and that’s what matters the most. Now we’re all sharing a common thing and enjoying it together. It was a little bit of waiting time, but good things come to those who wait.”

Good things come to those who wait

As the most-streamed album this week, Edna’s sales total was dominated by streams, which accounted for 14,026 units. It sold 745 physical copies and 723 downloads. Meanwhile, Ain’t It Different (feat. Stormzy & AJ Tracey) continues to accelerate as Headie One’s biggest track so far, hitting a new singles chart peak of No.2 thanks to 40,648 sales. It has now shifted 331,522 units to date.

Two more tracks from Edna made the singles Top 75, with several others ‘starred out’. Princess Cuts (feat. Young T & Bugsey) came in at No.11 with 24,327 sales, followed by Aitch collaboration Parlez-Vous Anglais at No.24 with 14,654 sales. The album features an array of guests including Skepta, M Huncho, Ivorian Doll, Future and Mahalia.

Another subculture of British music has just permeated mainstream society

Drake appears on Only You (Freestyle), which was made remotely during lockdown and preceded Ain’t It Different. It peaked at No.5 and has 219,463 sales to date.

BBC Radio 1Xtra’s Tiffany Calver is also celebrating Headie One’s success and has long been a big champion of the rapper.

“With years of hard work and development, Headie's talent has soared, undeniably placing him at the top tier of not just the drill movement, but UK rap as a whole,” she told Music Week.

Look out for more from Headie One in Music Week soon.