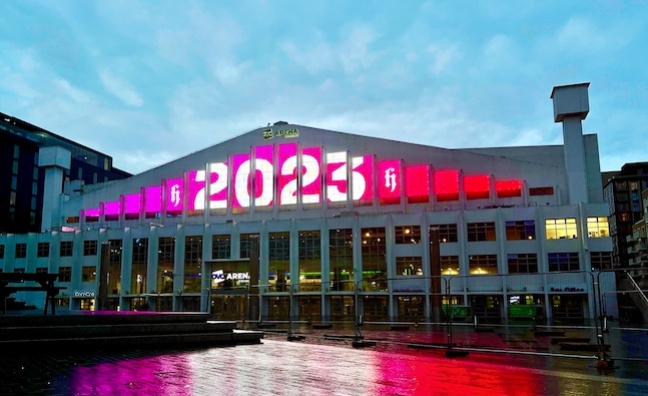 The Heavy Music Awards (HMA) is moving to a bigger venue for 2023. Music Week can reveal that the event will take place at the OVO Arena Wembley on Friday, May 26.

Since its inception in 2017, the Heavy Music Awards has recognised the most influential and groundbreaking creatives in the heavy music landscape.

This year’s edition took place at the O2 Forum Kentish Town. Organisers suggested that the move to a bigger venue underlines how heavy music is being increasingly embraced by the mainstream.

Recent successes for Heavy Music Awards alumni include the breakthrough of Nova Twins, a chart-topping album from Slipknot and a No.1 album for Architects, who have multiple wins at the HMAs in previous years.

Dave Bradley and Andy Pritchard, of Heavy Group, said: “We are immensely proud to be taking the Heavy Music Awards to OVO Arena Wembley, unquestionably one of the most prestigious music venues on earth. We have worked tirelessly over the last six years to build the HMAs into a platform befitting a scene bursting with talent and creativity.

“By moving to OVO Arena Wembley, we’re realising our ambition to create an event that will recognise both emerging and established talent in the biggest possible way. We cannot wait to welcome artists, industry and fans to this spectacular arena in May for what we promise will be an unforgettable evening, and a great way to kick off another epic summer of music.”

Previous years have supported the breakthrough careers of Nova Twins, Wargasm, Spiritbox, Cassyette and Hot Milk, whilst simultaneously recognising the success of Slipknot, Metallica, Bring Me The Horizon and Enter Shikari in the UK market and beyond.

M Shawn Crahan of Slipknot said: “The HMAs has demonstrated their commitment to our culture representing the best in our community with a continued focus on spotlighting emerging artists.”

The awards has a panel of over a thousand industry insiders and experts nominating the finalists, but the public has the ultimate say on the award winners.