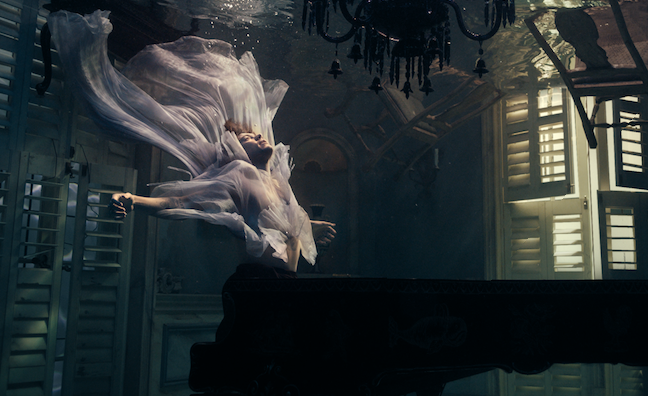 Kid Harpoon (aka Tom Hull) has already told Music Week the story of how he and Harry Styles wrote Falling while the singer was in a towel fresh out of the shower, and now the new video for the song has landed.

Styles meets a watery end in the film, which matches the heavy emotion in the song. Hull has been a close friend and collaborator since working on Styles’ debut, and was part of a close-knit writing team on Fine Line. Styles told the story of the album when he starred on the cover of Music Week in December.

Hull said Falling represents the bravery at the heart of Styles’ musical approach.

“There was an element of the unknown about making the whole album, it was about figuring things out,” he said. “Harry’s publisher could send him a song and say, ‘This is a hit, can you go and sing it?’ And he could just go and sing that song.”

Hull said he and Styles actively fought against that idea. “There’s an element of, ‘Can we figure out what a hit song is and write it?’ But what was really fun about this was that we would can a lot of songs because they could have been hits for someone, but that's not what we're trying to do. We were trying to do something specific to Harry, that captures all the elements of his personality and everything he wants to do.”

“It's a credit to him, because our job is to make the best records we can, but if you don't have someone like Harry inspiring you to push on and do something interesting and ambitious, then it doesn't really work. You can't just manufacture that, and that the vibe,” Hull said. “There are some incredible songs that aren’t pop songs.”

Hull was at the BRIT Awards earlier this month where Styles performed Falling and downed tequila with Lizzo and host Jack Whitehall. He said he still enjoys Fine Line just as much as he did while they were making it.