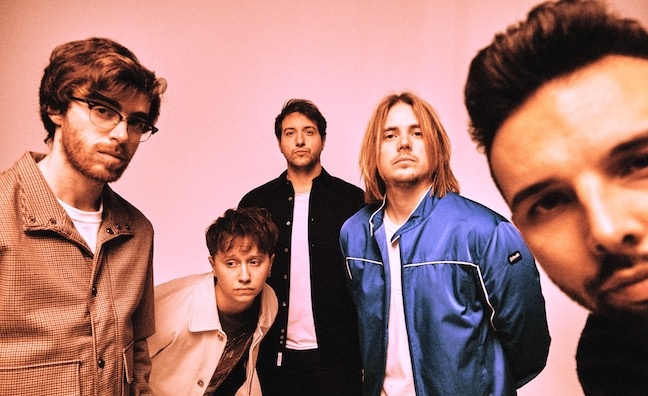 It’s a big release day – but that hasn’t deterred Nothing But Thieves.

Nothing But Thieves are one of the few contemporary guitar acts to make inroads into streaming. The band have 2,773,589 monthly listeners on Spotify, while the campaign’s lead single Is Everybody Going Crazy? has racked up 14,305,918 Spotify plays.

The Southend five-piece are now hoping to build on the success of their 2017 album Broken Machine, which peaked at No.2 and has sales to date of 70,634 (Official Charts Company).

Here, RCA senior marketing manager Will Stevens opens up about the label’s ambitions and how the band have pivoted the campaign in response to the loss of touring caused by the Covid-19 pandemic…

How have you adapted the campaign around Covid without live opportunities?

“We have tried to keep that aspect of them at the forefront of the campaign by being proactive with live content – new and historic videos. We launched two regular live series – In Solitude Sessions (full band, but individual performances) and The Sun Sessions’ (frontman Conor Mason solo performances) all of which have contributed to significant growth on the band’s YouTube subscription number. Additionally, we have consistently released unseen live videos from previous tours and broadcast livestreams of old shows too. Recently the band have announced three unique global livestreams [October 28-29], reaching their international audiences in Australia/New Zealand, Asia, UK and Europe and North America.”

How will you work this album in terms of social media activity and streaming partnerships?

“The band have always streamed consistently well and will have released five songs before the album is out to support this, as well as various stripped-back, orchestra; and acoustic versions of singles. More recently we partnered with Amazon for an Amazon Originals recording of the band’s single Impossible Live at Abbey Road Studios, with a 50-person orchestra.”

Q4 is a busy period – how will the album cut through in release week?

“As a result of releasing in a congested Q4, we have adapted our campaign knowing that a high chart position isn’t guaranteed. We aren’t frontloading initiatives and promo, but instead are working towards a longer campaign and ensuring key campaign moments exist past the album release. Exciting music will always cut through, but we will continue to create tentpoles of discovery after release.

“To support physical sales, we will be doing an in-store route and have exclusive physical products for indies, Amazon and HMV, as well as a variety of exclusive physical and merch products on the band’s D2C store. We had to cancel all our launch events around the album, but it still feels like an important thing to revisit in safer environments next year.”

Is there a theme or concept for the album and campaign?

“The theme of the album, Moral Panic, is about how fear is spreading to threaten the well-being of society, creating tension and anxiety. The mediums behind this are well-documented, but the album explores the reaction to that – escapism or revelry. Some of the themes discussed on the album include tribalism, climate change, cancel culture, the continuing effect of social media and loss of freedoms. Although the record was written last year, the meaning and message has become very real.

“We have responded to this complex and important message by creating a visual narrative that highlights those tensions and fears, but also through humour and escapism, as the album is not just a negative response to this. We have worked lots with infrared and heat sensitive content to highlight those moods.”

How can you maintain momentum into 2021, will the return of live opportunities give the record a new dimension to the campaign?

“In 2021, we have lots planned to keep the record going, with more music and content, leading to hopefully an incredibly exciting UK/EU tour in October through to November, where the band will play The O2 in London, and also the Ziggo Dome in Amsterdam, among many other arenas.”

To read the exclusive interview with David Dollimore, subscribers can click here.