'I don't take less than I'm worth': Ms Banks on being a trailblazer for women in the UK rap scene 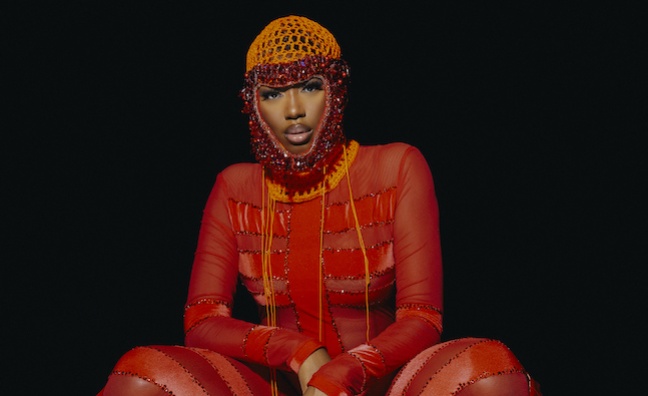 The South London rapper has just dropped her EP Bank Statement (Platoon), as well as a video for Favourite Girl. During 2022, she has been touring in Belgium and Germany, and recently appeared in the UK at Strawberries & Creem and Wireless. Upcoming dates include Made Festival in Wolverhampton (July 30), as well as shows in Toronto and Mexico.

The former Music Week cover star has broken through in recent years, including a 2019 collaboration with Little Mix at the BRITs. She has amassed more than 60 million streams and earned the approval of US rapper Nicki Minaj.

Ms Banks has now spoken about her achievements as a woman in the male-dominated UK rap scene. She recently appeared in on three-part rap show Oi TikTok on the video platform.

“I don’t want people to struggle the way some of us struggled, and I’m sure people before me wouldn’t want me to struggle the way they struggled,” said Banks. “When you start seeing someone similar to you have major success, you start knowing that it’s more possible so you’re going to enter the game with a different confidence. And the audience are ready to hear you because they’ve been prepped.”

Those success stories she and her peers are able to tell offer encouragement for the future, according to Banks.

“A lot of people have a chance of making it and that’s really good because everyone deserves that,” said Ms Banks.

To create real progress and change, however, she’s aware that there’s more to do to help future female rappers inspired by her own rise.

“I’m definitely conscious of it,” she told Music Week. “I think about it a lot. I try to make sure that things I do in the background help people after me. It’s known that Black women sometimes get paid the least out of everyone, so I try to make sure that I don’t take less than I’m worth. I think that’s important because if I do, they’re gonna offer the girl after me less. I feel that we deserve more.”

While she’s acutely aware of the hurdles, it’s been a rude awakening for her management.

“As men, we have learnt some really frightening and scary realities in managing a Black female artist,” said Tops Bademosi, Banks’ co-manager at The Team Music.

“We plan to show the different aspects of who Ms Banks is as an artist with the project, touching on values that ring true to her and the people she represents,” said Junior Anim-Barimah, Platoon’s marketing lead. “We always get great support from Apple Music, Spotify, YouTube, Amazon and Deezer. We’ve focused on putting together a project that has moments for everyone, and there are definitely songs on the record that will perform well. Radio 1, 1Xtra, Capital Xtra and Kiss FM have been great so far.”

“Ms Banks is truly one of the most naturally gifted musicians we’ve ever met,” added Bademosi. “She’s a genuine force to be reckoned with on a global scale when she’s rapping, and her vocal range is incredible too, which gives her a unique ability to create a really diverse mix of music. That, coupled with her personality and maturity, has led to such major growth in her artistry over the years.”

“I’ve always loved all types of music,” explained Ms Banks (real name Thyra Oji), who’s from Camberwell. “In the pop world, singers really get to play around with genres, and I feel like in rap sometimes we can be quite confined – so if you jump on drill, you’re a drill artist. If you do Afro swing, you’re an Afro artist. Sometimes in genres, as a woman, people want you to be one way inclined, but that’s just not it. There’s loads of different sides to Thyra, and Ms Banks the artist.”

Banks’ focus now is on making sure her Bank Statement sets the legacy she envisions for herself.

“I want to do more before I dive into other worlds,” she said. “I know some people look at me and think I’m already made, but I feel like there’s some things I want to tick off my bucket list before starting my own label and getting other people on board. But there are loads of women I see with potential, and I feel like when the time is right I want to work with more of them. If that’s going to give them more limelight, and more visibility, I’m definitely down to do it.”

Subscribers can read the full interview by Colleen Harris here.