"I had to have my favourite people be a part of it": Inside the making of Girl with Maren Morris 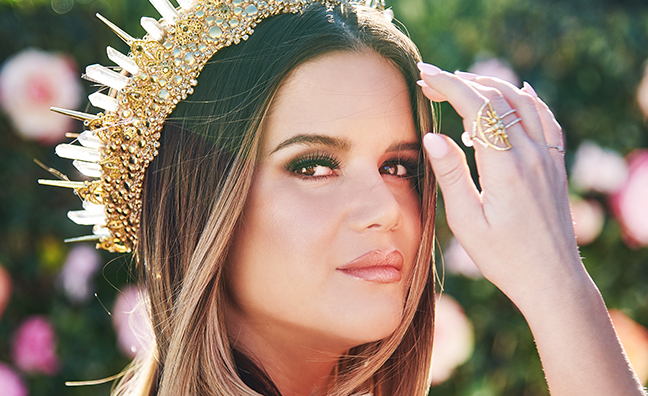 Morris already stands as one of the biggest modern country acts. In 2017, Morris told Music Week about her journey from early self-released albums and failed auditions for American Idol and The Voice through to her breakout success with the Grammy-winning, double-platinum single My Church. Notably, Girl arrives on the back of her huge 2018 crossover collaboration with Zedd, The Middle, which has been streamed over 621 million times on Spotify alone.

With Girl, however, Morris looks primed to take things to the next level. The album features production from Greg Kurstin (Adele, Foo Fighters) on a trio of songs, plus a host of incredible artist and songwriter collaborations – including tracks Morris wrote with her husband, and fellow country artist, Ryan Hurd.

“I love the Foo Fighters record Greg did! I really only worked with him for three or four days, but I was just blown away by his method in the studio. He just moves from room to room, tinkering with a synth, then he plays drums – he was layering the track as Sarah [Aarons, co-writer] and I worked on the lyrics and melody. He’s just fascinating. He’s the most mellow, humble individual and he has two Producer Of The Year Grammy awards under his belt. He just created sounds I hadn’t heard before, especially in my music. And that’s what I was looking for – something refreshing to my ears. He really brought it out on this one. His prior work is extremely vast and diverse. He’s been all over the map, but he’s never worked with a country artist before, and neither had Sarah.”

“I consider Sarah to be my soulmate right now. She and I are pretty close in age, we come from the same generational inspirations with music, and she wrote The Middle – that’s how I met her. With Girl and Common, she has such a unique way of phrasing things. One of my favourite phrasings in the songs we’ve written is in Common’s pre-chorus. Only she could create that. I really, really love her. She’s become a friend in the process to me. She had a really tough year last year, while also having the biggest success of her career with The Middle she also had to get her leg amputated. The Grammys was the first time she was really out and she got her prosthetic bedazzled – she looked amazing, she was wearing a pink suit on the carpet and that was her first outing and she was so excited to be there. We celebrated the fact that not only was The Middle one of the biggest songs of the year, it also brought us together.”

“I’ve been a Brandi fan girl for the last 10 years so it was kind of a risk – she’s a songwriter so I didn’t know if she’d appear on a song she didn’t write. The day I got the song back from Greg, I was in Nashville, and out of the blue I was sent this Brandi vinyl and it had a note attached and it was her stationary – it was really a baller move! She had typed a letter, on a typewriter I assume, saying how much of a fan she is of my music and voice and how she has two daughters and she is really excited they get to grow up in a world where I’m a voice for the female country musician. She’s just such an icon, her voice is legendary. One of the first albums I ever bought when I moved to Nashville was her record Bear Creek. I was floored that she sent me that note. It’s such an awesome, old school thing to do – a really personal thing. I got the demo for Common back from Greg and I was like, ‘God this would be so cool to make as a duet with another woman – because that would be even more powerful’. Her voice is just so soulful that it fit the song anyway in my head, the fact she agreed to do it was the cherry on top. Having her be a part of the album, and also just seeing her win all those Grammys, it just felt like fate collided.”

“They were my first friends when I moved to Nashville. I’m a fan of all their albums. Working with them is so effortless, we’ve written a few songs together over the years. I watched John go in and play a guitar part in one or two takes – and we probably could have used the first take it was that good. They’re my favourite people, they don’t take themselves too seriously in a business that implores artists to be up their own asses all the time. So, when we wrote All My Favorite People, I had to have my favourite people be a part of it.”

Ryan Hurd [co-writer – All My Favorite People and Great Ones]

“We’ve written a bunch of songs in our relationship, but those two just stood out to me. He’s also singing on those songs, the harmonies, so it’s cool to have this inspirational muse in him – and me as well to him. Having those songs be part of this album, which is a snapshot of my life right now, it would have been a huge loss to not have his presence on it.”