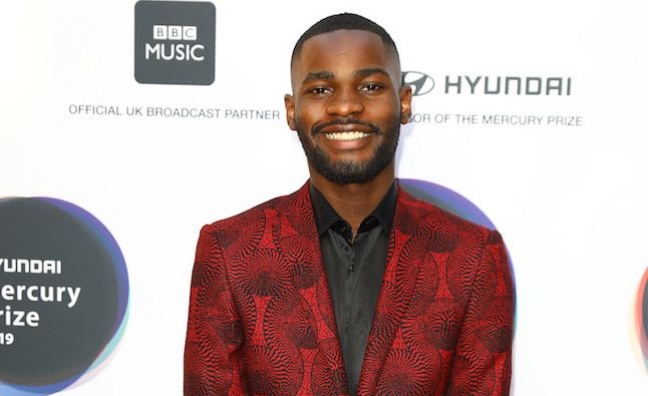 As Lauren Laverne acknowledged at the Hyundai Mercury Prize ceremony, some years the judging process is easier than others. We don't know what happened in the room last night (September 19), but it's clear that the win for Dave's Psychodrama (Dave Neighbourhood/Universal) is one of the least contentious results in the prize's 27-year history.

Dave kept it simple on stage when he accepted his award - God, family and fellow artists were all acknowledged. At the backstage press conference though, the media-shy UK rapper was more forthcoming.

"This is surreal, it is a massive honour," he said. "I'm glad that I've been able to repay the faith that a lot of people have put in me, the time, the effort. A lot of people devote their lives to me, every single waking moment of their attention to how I feel and what I do, they respect the craft and the heart. So to be able to repay everything that they put in, it means the most to me."

Like Stormzy at the BRITs in 2018, there was a shout-out for producer Fraser T Smith.

"Everyone has their debut for a reason of solidifying and making a statement as to who they are and how they got to where they were at the time of their debut," said Dave. "I made this album with an incredible producer, Fraser T smith, we've been working with each other since I was 17."

While the Psychodrama LP was widely acclaimed, the win was still apparently a surprise for Dave.

"Yeah, I never expected to win, there are so many talented artists, there are some of my peers, some people from different genres," he said. "And watching the performances, you really get to understand the levels of musicality that everyone's on. It is the biggest compliment and this is an award that is all about the music.

"You know what they say about the Mercury, now it's time to try and prove to people that we do deserve it and that we can do it again and again, hopefully. Not necessarily winning awards left right and centre, but just making consistent, quality music that people can connect with."

Pyschodrama has sales to date of 129,354 (Official Charts Company). The chart-topping LP was a streaming smash, though the concept album features more uncompromising music than No.1 single Funky Friday.

The album should get a significant boost, though Dave is already focusing on new projects such as Top Boy. As well as appearing in the drama, he's set for a chart entry with Professor X from the Netflix show's soundtrack.

"More music, more music, more music," said the rapper of his post-Mercury plans. "I'm practising and trying to get on a level with some of these musicians that were performing [at the ceremony] - Little Simz, the way that she was playing the piano and rapping, it's nutso. I'm always looking forward, always trying to improve, and these are people I really aspire to be like."

Dave also acknowledged the support of his team in allowing him to make the debut at his own pace.