'I'm so grateful': Celeste crowned winner of BBC Sound Of 2020 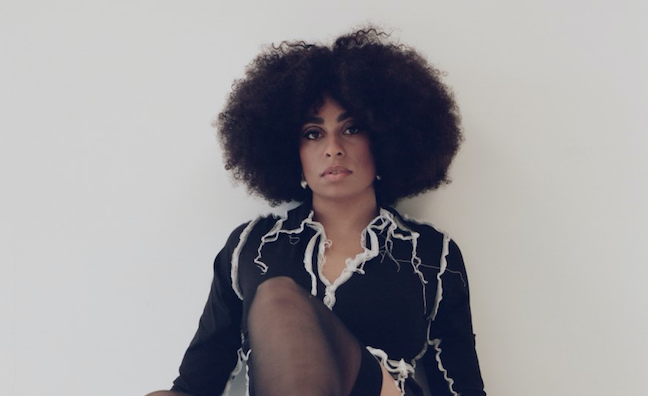 Celeste begins 2020 with another milestone, as the singer has been named the winner of the BBC Music’s Sound Of 2020.

The Polydor-signed act was unveiled as the winner of the BRITs Rising Star Award last year and will collect the trophy at next month’s ceremony. Now, having also been tipped by Amazon Music, Ticketmaster, MTV and more, she has another accolade to add to her collection.

Alumni artists including Billie Eilish and Lewis Capaldi were part of a 170-strong panel who voted for the latest Sound Of poll.

BBC Radio 1’s Annie Mac described Celeste as “a phenomenal talent”, while the singer – who hails from Brighton – said she’s excited for what 2020 will hold.

Celeste said: "2019 was an incredible year for me and I could never have predicted half of the things that happened. Some of my favourite memories have been the live shows. From performing Strange for the very first time at the Lexington for BBC Introducing, going live with Annie Mac from Maida Vale, to Jools Holland. I’m so grateful for every opportunity I’ve had so far and am looking forward to what 2020 will bring.”

Celeste's is a voice that does not come around often

Annie Mac added: “Celeste is a phenomenal talent, a voice that does not come around often and when you are exposed to it, is impossible to ignore. I have received countless emotional texts from listeners who have had to sit in their car and lose themselves to her song Strange before carrying on with their evening. Her songwriting is personal and poignant but with universal appeal. I think she could easily join the longlist of Sound Of winners who went on to be global stars. I can’t wait to hear more from Celeste and all of our long list in 2020.”

Celeste was named BBC Music Introducing Artist of the Year 2019 after performing for the platform at Glastonbury and SXSW. The first song the singer added to the Introducing website was North Circular in 2014.

A total of 10 acts were nominated for the Sound Of 2020, with Easy Life, Yungblud, Joy Crookes and Inhaler joining Celeste in the Top 5. Arlo Parks, Beabadoobee, Georgia, Joesef and Squid were also on the list.

On February 5, Annie Mac will host Sound Of 2020 Live on BBC Radio 1 from 8-11pm. A selection of the longlisted artists will perform live at Maida Vale studios.

Read Music Week’s On The Radar interview with Celeste here. We also caught up with the singer on the day her big BRITs news was announced.