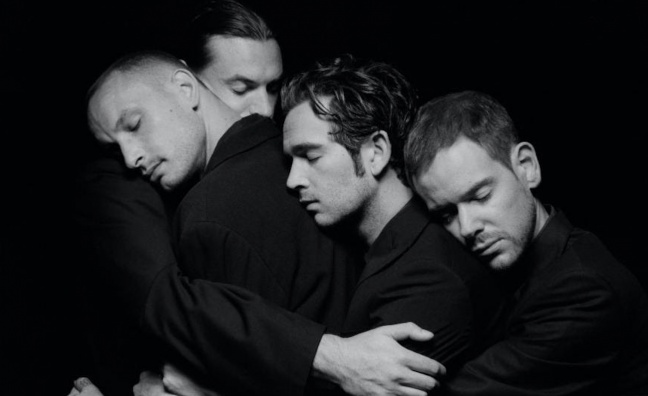 The 1975’s new album is just days away, and Matthew Healy has been talking to Music Week about the science behind the band’s universal appeal, suggesting that he may never fully understand it.

In brand new, unseen quotes from our interview for this month’s cover feature, the frontman has also spoken about his plans for a Drive Like I Do album, collaboration and the reason why, outside of his band, Dirty Hit will always remain his No.1 priority.

Healy also opened up about the making of Being Funny In A Foreign Language, which was co-produced with Jack Antonoff and is due for release this week on Dirty Hit. The band play two release shows in Kingston tomorrow night (October 13) and recently appeared on Later… With Jools Holland. The stage, it seems, is set for Healy and his bandmates to make their latest big splash.

If the record hits No.1, it will be their fifth consecutive chart-topper and will bring them one behind Arctic Monkeys, who have had six No.1 albums in a row and release their seventh album, The Car, later this month.

Healy told Music Week that he’s never been one for competition.

“I do what I find artistically interesting, but I don’t see anything through a lens of competition or anything like that,” he said. “I suppose I’ve never really been positioned to either.”

He reflected on the noughties indie boom, suggesting that emerging into the mainstream in the latter days of that period had benefited The 1975.

“In the early days when you had NME and The Fly trying to cling onto the cultural monopoly, that [competition] was par for the course, they would create scenes, they would position bands with each other, against each other,” he said. “Then the internet came out and fans were a bit like, ‘The discovery of this music is part of my fandom, I don’t want to be told who my new favourite band is with a magazine cover.”

Healy also highlighted independence as a key factor in The 1975’s success. They occupy the unique position of being a band for which a new independent business was created, leading to a boom period for both them and Dirty Hit.

“I’ve never been on a major label,” he said. “I’ve been distributed by a major, which was fucking great, but no one [no record executive] has ever been in my studio [to give feedback]. So I don’t know what beauracracy is like, I just run round like fucking Mao. Apart from somebody that I’ve invited in once it’s finished, at no point from album one to five has anybody ever come in or been allowed in that isn’t Jamie [Oborne] or a fellow creative. [We've never had] someone who comes in and goes, ‘Hmm…’ or some bullshit, you know? Every record is a complete start to finish production by us.” 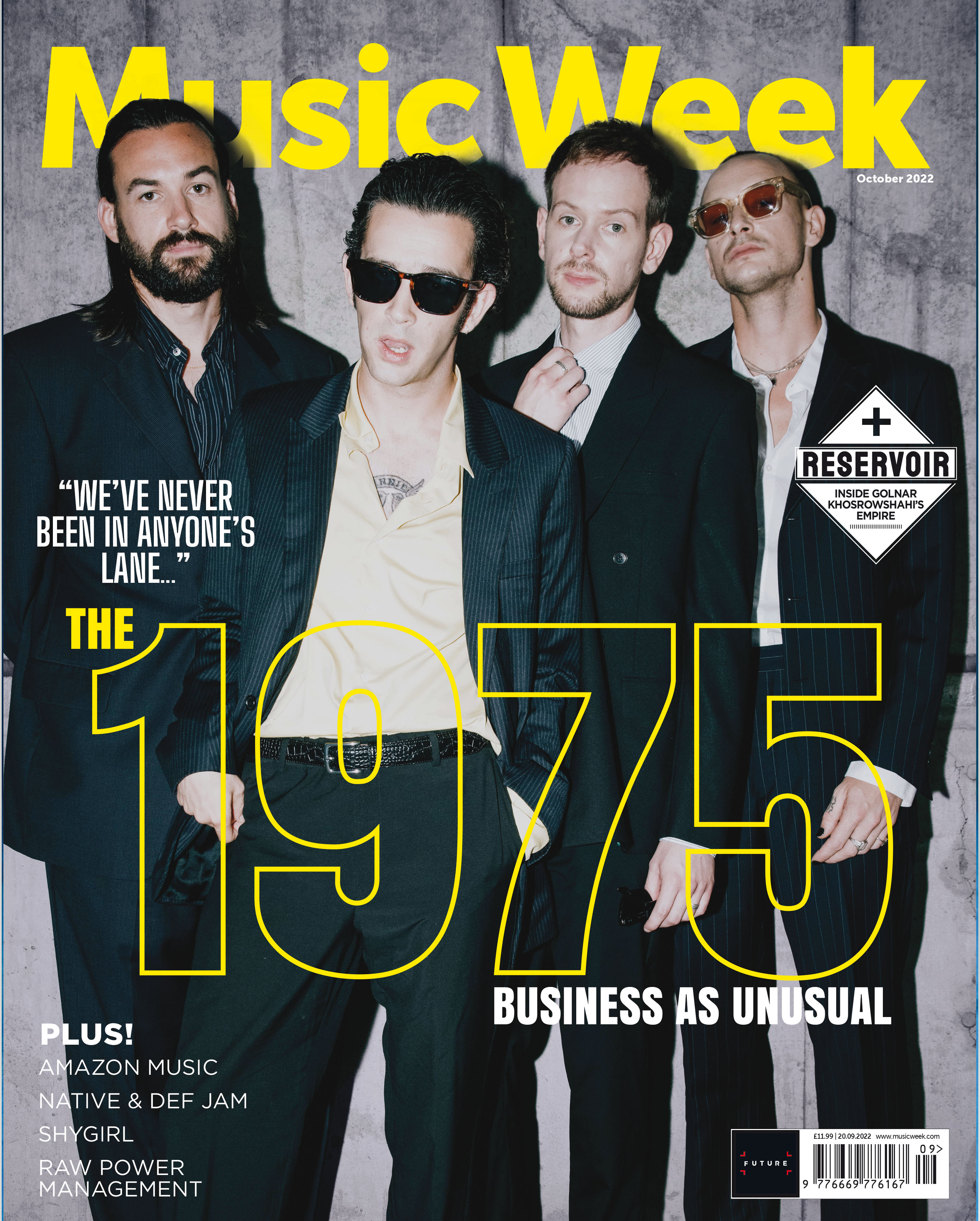 Do you ever think about the appeal of The 1975 and why the band connects in the way you do?
“Yeah, I’m never in pursuit of finding it, I’m not interested in the formula, but I’m constantly fascinated by that idea. You can’t really believe that you can do something that so many people sympathise or empathise with. I’m very flattered, because we had 10 years of making creative statements with zero reward, which was also before social media. So we weren’t a band that had a big meme account, we weren’t getting dopamine hits, we were just fucking playing into the wind. So there’s almost like a felt knowledge of what it’s like to put something out that is not even received by an audience. When I see fans on YouTube who mine it for all the early stuff from before The 1975 even came out… That stuff has been there for six or seven years not doing anything, so I’m always a bit like, ‘I think it’s fucking cool.’

Being Funny In A Foreign Language centres on the idea of the band rediscovering its identity. How did the songs take shape initially?
“We did a lot of experimentation and we worked a lot with BJ Burton who I love. Me and George wrote over the year [2021] and it was interesting because I was writing a lot just on my guitar and George wasn’t. So there was this incongruence between what I was doing and what he was doing, which is normally what The 1975 is, but then George started leaning into what I was doing. We ended up with this collection of songs that was as multi-genre as A Brief Inquiry… or Notes… and then we just took the songs and we reframed them in a way that made sense as one thing. It’s as simple as having seven instruments in a room and saying, ‘Go and recreate that song using those instruments, but do it to the standard that you’d want to put it out.’ It was about having rules. ‘No, we can’t use that sound, it’s some soft synth thing and that’s just not gonna fit.’ To make a live record seems like a very simple realisation, but it’s a tough thing to do without thinking you’re being cliched.”

We had 10 years of making creative statements with zero reward

In terms of your lyrics, the record has some very intimate moments on it. How do you reflect on songs like All I Need To Hear, for example?
“One of the things that I have realised I’ve had to come to terms with is that it’s not really about me. Art is bigger than being shy or being sad or being vulnerable. Those are the things that make things great. I don’t want to see somebody hold back with a performance. There’s no point in making something unless it’s true. I was just like, ‘Fuck it, I’ll just have to tell the truth.’ And my inward observations are always the ones that become the most outward because the more specific I think I’m being, the more relatable I’m being, because everyone does feel the same. I’ve learned to just be a bit more mindful in where I am, more in the moment.”

Jacob Bugden, who plays and writes with your label mate Beabadoobee, is among the collaborators on the record and wrote on Wintering. What was it like working with him?
“We started writing a song together and then I realised that the part I was doing was a song that I already had and what he was doing became the lead guitar riff on this song called Wintering. It was [written] when I was sketching out this idea of a Drive Like I Do record, that project got cannibalised a little bit. One of the songs was perfect for Bea’s record [Beatopia], then [one became] Wintering. I got so lyrically involved with it that I was like, ‘This is more like a 1975 song than it is a Drive Like I Do one.’ It’s this country, emo-y kind of thing. I love songs where I can have a really long cadence so I can just talk.”

What kind of energy did Jacob bring to the process?
“I love having young artists in studios because they do really irreverent stuff. They plug things into the wrong thing, then you realise that’s what they’ve got at home and they’ve got this setting that they do that makes it the right thing. I think that the amount of information that was available to me, compared to the amount of information that’s available to a 19-year-old now, is insurmountable. Whether that’s a blessing or a curse [I don’t know]… too much rope and you’ll hang yourself. But it’s also fascinating to see.”

Have you been keeping a close eye on the industry since the band has been away?
“Well, there’s no crew. As soon as Covid [came], culture had got into a natural rhythm of traffic lighting who toured when. We hadn’t conceived of the idea of a time where you wouldn’t be able to tour, so naturally people would go in and out, it was like walking on a pavement, you move in and out of each other. But then when we had an official date where stuff could start getting booked, everyone came back so it was like a surge, like Black Friday. So everyone’s on the road and half the crew have changed careers… Then a lot of crew have the right to be like, ‘Well you can pay me [this], I’ve got too many offers,’ so it’s like inflation within the industry.”

How has that side of things impacted The 1975?
“We’re very lucky. We have very, very loyal crew, and it’s not that we’re like, ‘Hey, you stick with us,’ we’d always do retainers and things like that. But we have a lot of people that come back, a lot of people that want to do it and a lot of new people.”

This is the first 1975 record now Dirty Hit’s JV with Universal has come to an end. How are you enjoying your role at the label at the moment?
“Outside of the band, which has consumed me massively for the past year, Dirty Hit is my life, it’s our baby. I’m really excited about it. I’m really excited about the next phase. I think that we’ve also done what a lot of labels struggle to do where… it’s not that they struggle to find an identity, but they kind of struggle to figure out what they actually do. Because what we do is break up-and-coming young artists, and that’s what excites me, where the new shit is. Dirty Hit has grown into something I never thought it would, but it has also stayed very personal.”