'I never want to dilute anything': How Harry Styles made Fine Line 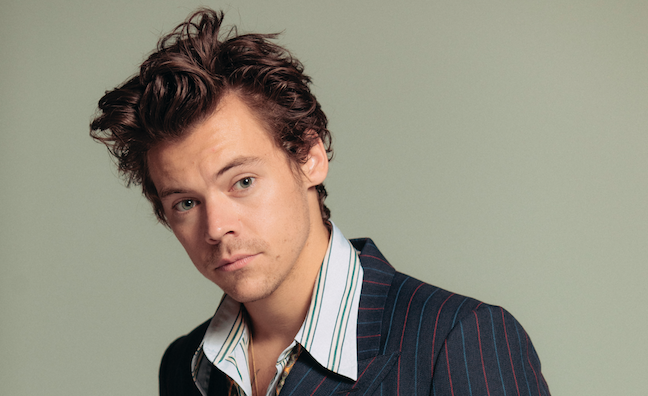 The day legions of Harry Styles fans across the world have been waiting for is finally here: Fine Line has been released.

Naturally, this is a huge day for the music business as Sony Music Group CEO Rob Stringer pointed out in this week’s Music Week cover story, in which he tells the tale of a blockbuster second album campaign alongside Styles and his manager Jeffrey Azoff.

There are high hopes for Fine Line and a tasty chart battle with Stormzy’s Heavy Is The Head, which is also out today, is expected. But all of that is to come. First, we’re marking Fine Line release day with an unseen extract from our conversation with Styles, which took place in a freezing cold North London rehearsal room.

Since then, a whole lot of campaigning has been done, with Styles appearing on James Corden’s The Late Late Show in America and more. There’s a gig taking place in the city this weekend, too. And Los Angeles is where this part of our chat with Styles begins, as we travel back to the origins of Fine Line, which came to life in California, with Tom Hull and Tyler Johnson key characters among a core writing team.

Read on to find out how it went down…

Where did Fine Line begin and how were you feeling about making it when you first started?

“I had a few songs that I had started at home, then we wrote in the studio. The only place I could really go wrong was if I came out and it sounded exactly the same [as my first album]. And I didn’t want it to. There was a lot of different stuff on it because I was still in that thing of not knowing what a solo record of mine sounded like. With this one I was still experimenting, I wanted to write a bunch of songs and see what kind of album I make. Which was really fun.”

You had a tight group of collaborators and you can hear that in the music. It sounds like you were all very close…

“That’s been a big thing for me, discovering that that’s where I usually get the stuff that ends up on the album. I won’t knock it because I’ve done it before, but doing writing sessions with a lot of different people, while it can be obviously really productive and there are so many amazing people out there, there’s a trust and an environment of comfort that I think is pretty priceless. It’s hard when you go in a room with someone for two or three days, sometimes a day. It’s hard to kind of go in and be like, ‘Hey, nice to see you, how are you? This is how I feel about everything going on in my life.’”

So it helped that you were working with lots of the same people from album one, then?

“Now there’s a language there where, if I describe what I’d like something to sound like, they understand, which again is really priceless. We worked so hard on it, but all together, so those guys move away to come and do it with me. That’s pretty rare these days, to have a producer or someone who’s playing on the record who cares about it as much as you do. It’s impossible for that to happen if you go in for a day with a producer to make a song, it’s impossible for them to care as much you do. Through the nights, the eating together and the conversations you have during the process, it creates a thing where people just want the album to be as good as it could possibly be. If it means that someone has one less cut because their song doesn’t make it, it’s about the album being the best it can be, rather than a songwriter pitching to try and get their cuts or something.”

You told us you’ve been more honest than ever on this album, how does that make you feel?

“You can write as honestly as you want and then only at the end do you have to decide if something is too much or if you feel comfortable saying it. By the time you get to the end, I never want to pull it back or dilute it or anything like that. I’m proud of it and I’m really excited for people to hear it.”

Subscribers can read the full interview online here. To order a copy of this week’s issue email Rachael.hampton@futurenet.com. To subscribe and never miss a big music biz story, click here.