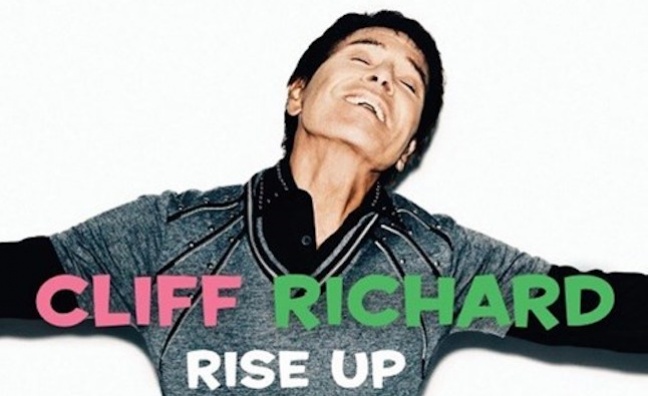 Sir Cliff Richard will release his first studio album of original material in 14 years in November. It follows his privacy victory over the BBC.

Music Week revealed the veteran artist’s move to new label Warner Music Entertainment from Sony, who released a covers album in 2016. Rise Up, released on November 23, is set to be a big Q4 release for the East West imprint.

Richard made the announcement from Abbey Road Studios, where he recorded debut single Move It, which was released 60 years ago today (August 29). The lead single from Rise Up will be released on limited edition numbered 7” vinyl with his original 1958 b-side Schoolboy Crush.

Richard said: “It was 14 years ago that I last made a record of original songs. That's quite a gap and I thought that was behind me, I thought I'd never get the chance to do it again and there it is - Rise Up is here.”

The album was produced by Rupert Christie and draws on new and established songwriters. Recorded at Miami’s Hit Factory Criteria Studios, it also reunites Richard with Olivia Newton-John for the first time in 23 years for the song Everybody’s Someone. The album also features four tracks using Richard’s original vocals with the Royal Philharmonic Orchestra.