Inside PinkPantheress' groundbreaking campaign with Parlophone, Spotify and Up Close Management 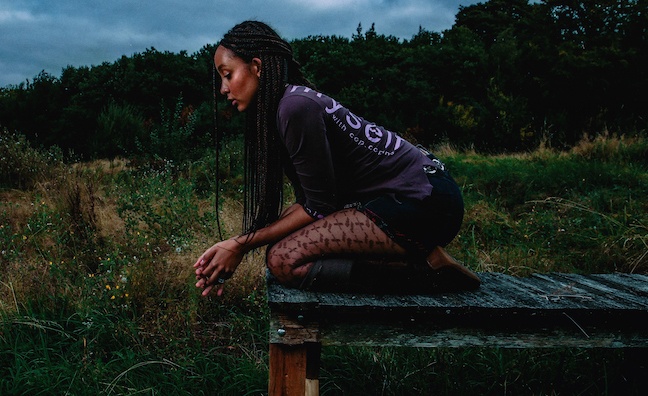 PinkPantheress has just been named as the winner of the BBC Sound Of 2022 poll, following viral hits on TikTok, a Top 20 mixtape and huge industry buzz.

In an expanded version of our report in the latest edition of Music Week, PinkPantheress’ management and label have spoken about the ambitions and artistry of the 2021 breakthrough star.

PinkPantheress, whose real identity is yet to be disclosed, signed to Parlophone earlier this year while she was still a 20-year-old student.

“It was an old-fashioned signing,” Parlophone co-president Nick Burgess told Music Week. “PinkPantheress was discovered with a data tool that we have, one of our A&R people spotted the numbers really early. She had the energy and the vision and we shared that vision. We signed her really quickly without any competition.

“It was just a true, instinctual A&R decision with the help of data. So it was quite a modern [approach to] signing but still with the belief that she’s the real deal. We all believed that she was the kind of artist that Parlophone was looking for at the time, she was the embodiment of what Parlophone is at the moment - futuristic but with credibility, genuine artistry and talent.”

Inspired by the aesthetics of horror films, PinkPantheress’s debut mixtape, To Hell With It, cracked the Top 20 in October. It has sales of 14,780 with the vast majority from streams, according to the Official Charts Company.

“The thing about PinkPantheress is that it’s so clear that everything she does is coming directly from her,” said Phoebe Gold, artist manager at Up Close. “It feels like that’s why everyone is resonating with her project so much - and why the fans are truly leading the charge, and almost like the industry is playing catch up.”

During 2021, PinkPantheress blew up on TikTok, where she has amassed 1.1 million followers and 8.3m likes. She appeared in the platform’s end-of-year round-up of breakthrough stars.

Burgess said that she is helping to redefine the possibilities of the platform beyond viral hits.

“It's almost like it's starting to be a platform to really develop an artist,” he told Music Week. “She's used that platform maybe more cleverly than anyone used it before.

“She’s still a great artist and that is testament to her and us not getting caught up in the TikTok thing too much, just letting her develop herself using TikTok. She understands it, and that's why it feels very pure the way she’s used it.”

“We talk about TikTok artists, and that does conjure up certain type of artists,” added Parlophone co-president Mark Mitchell. “[But] she produces her music, she just uses that platform to communicate with her fanbase.

“Maybe two years ago, a TikTok artist suggested a certain style, maybe even a throwaway [track], but that’s just not the case now, there are many different ways to use TikTok.”

“The way she uses TikTok is just really smart, and all her,” said Gold. “She knows how to use social platforms as tools, which is what they’re actually for - as opposed to making them a part of her personality.”

The Top 20 success of To Hell With It has powered PinkPantheress to 6.2m monthly listeners on Spotify.

“Numbers are great, of course, but the most important thing is that she feels as if her album reflects PinkPantheress and the path that she’s on,” said co-manager Jesse Gassongo-Alexander. “We’re in the fun bit - she’s still a new artist, even if things are picking up quickly. So our only hope and wish is that she continues enjoying the creative process.”

PinkPantheress partnered with Spotify on a mini-documentary as part of her Radar campaign, the streaming service’s global emerging artists programme.

“PinkPantheress is really only just getting started, so 2022 has the potential to be a massive year for her,” Spotify UK & Ireland MD Tom Connaughton. “While she’s already solidified a whole legion of fans - particularly on social media - driving a greater level of music discovery will give her an opportunity to expand her audience to different age groups and listenerships.”

Connaughton said that the year-long Radar campaign has already boosted the artist’s discoverability on the platform, including inclusion in more than 200 owned or operated playlists such as Today’s Top Hits and Hot Hits USA.

“You can just feel the huge appetite from her fans and new listeners to get to know her and her sound better: it’s one of the reasons we were so proud to work on her recent Radar mini doc which was a rare veil-lift for her, given how private she is,” added Connaugton.

“The unique, macabre setting and intimate snapshot into her and her friendships really showed off why she’s such a force to be reckoned with, and gave fans some incredible and rare insights into the mysterious persona she has carved out with her addictive music.”

PinkPantheress’ Just For Me was sampled by fellow Spotify Radar act Central Cee on his Top 5 single Obsessed With You (395,100 sales).

“She creates such a unique sound by sampling so many different genres of music, it wouldn’t be a surprise to see more artists feature her in their music,” said Connaughton.

Despite the prominence of PinkPantheress on the UK rapper’s single, Parlophone has opted to avoid featured artist credits or collaborations.

“We all just felt it was too early to put her in that place,” said Burgess. “She's quite well known for sampling other artists and that's how she found her original production ideas.

“So she just thought it was quite cool to have someone do that to her [music]. She loved the Central Cee track and she's super-proud to have him do it.”

Burgess confirmed that new music is planned for 2022. And there is huge anticipation within the industry.

“I’ve had more incoming calls on PinkPantheress than any artist I've ever worked with in 20 years,” he said. “All the artist community love her, all the producers, she’s got some exciting people she’s talking to.

“She's definitely very ambitious. It reminds me of the early mixtapes by The Weeknd. We're letting her  develop her artistry, she’s being quite mysterious. She doesn’t even want too much attention on herself at the moment. She just wants her music to do the talking.”

PinkPantheress only played her first proper gig at the Pickle Factory in October 2021.

“Tom Schroeder, her agent [at Paradigm], is great and understands the need to not go too big, too quick,” said Mitchell. “She probably could sell out Brixton Academy, but that’s just not the right thing right now.”

Burgess stressed that the label’s job is to protect her at this early stage.

“She produces her own music, she writes it, she's a full 360-degree artist,” he said. “She comes up with all the creative concepts around her. We're just proud to be part of it and to help her journey. She is a true modern artist and she understands her audience - we just help along the way.”

“There’s  a lot of learning on the job and we didn't want her to feel overwhelmed,” added Burgess. “There’a a lot of  pressure on her and we don't want that to affect her ability to be creative. We want her to be a flagship artist for Parlophone in 2022.”