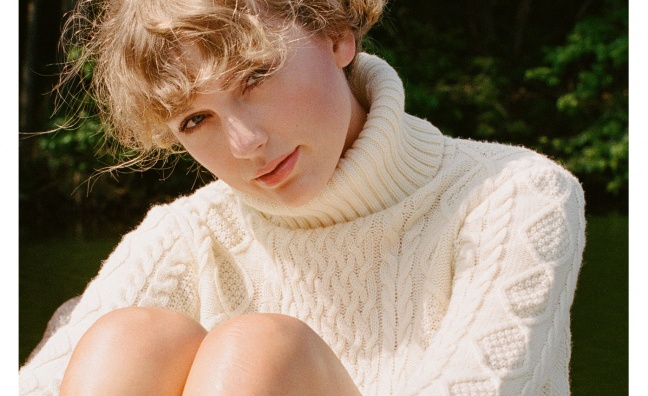 These days, the world goes to sleep unsure of quite what surprise it might wake up to in the morning.

This morning, almost uniquely over a four-month period where the planet has seemingly been falling apart, it’s a nice one. By the time you read this, Taylor Swift’s surprise release, Folklore, will have dropped and will no doubt already be busting blocks on your streaming service of choice.

But Swift is nothing if not an expert in reading the room. The world has changed in the last 100-odd days and, so it seems, has she. Because, while 2019’s wonderful Lover album might have started her on this path, this is a Taylor Swift album like no other.

She has new collaborators: The National’s Aaron Dessner, Bon Iver, the mysterious William Bowery (as I write, the internet’s best guess for his identity seems to be either Swift’s brother or her boyfriend), although regular Swift co-writer Jack Antonoff is also present.

Musically, she swaps precision-tooled pop perfection for artisanally crafted artistic authenticity. There is beautifully understated piano and there are gently strummed acoustic guitars, but rather less in the way of sick beats. There is a (great) song called Cardigan, while another namedrops Lake Windermere. She drops the F-word not once, but twice.

Yes, eight years after she complained about an errant beau finding peace of mind “with some indie record that’s much cooler than mine” on We Are Never Getting Back Together, Swift has gone ahead and made that cool indie record. Only better, of course.

Because, while pop stars seeking alternative credibility doesn’t always end well, Swift is no ordinary pop star. And certainly no ordinary songwriter. Her craft has always been revered by the songwriting cognoscenti as well as the pop fandom and here – with the freedom of her new Republic Records deal and the confidence of someone with nothing left to prove – she gives it free rein.

The record was written and recorded in quarantine, and it shows. In these days when entire seasons slip by unnoticed, Swift has bypassed summer altogether (“August sipped away like a bottle of wine,” as she observes at one point) and brought us the perfect autumn record, full of cosy comforts and lingering regrets. Which is a darn sight more productive than the binged-and-discarded boxsets that represent all the rest of us will have to show for it.

“In isolation my imagination has run wild and this album is the result, a collection of songs and stories that flowed like a stream of consciousness,” she says in her sleevenotes. “Picking up a pen was my way of escaping into fantasy, history and memory. I’ve told these stories to the best of my ability with all the love, wonder and whimsy they deserve.”

So there are few straight-up pop bangers here, although Swift’s way with a winning melody remains as beguiling as ever on the likes of The Last Great American Dynasty and the sprightly teenage tale of Betty (where Mr Bowery, whoever he may be, proves himself to be an adroit co-writer). Instead, we get beautiful pastoral folk (Seven), Fleet Foxes-esque rural rock (Mirrorball), a plaintiff last post (Epiphany), brooding anti-gaslighting menace (Mad Woman) and surprisingly spiky indie rock (Illicit Affairs).

She impresses on all, while on her brilliant Bon Iver duet, Exile, their contrasting vocals intertwine so beautifully, you’d have thought they were lifelong musical partners, rather than one-off collaborators in unique circumstances.

There is less too, of Swift’s confessional lyrical style, as she turns to observing other lives as expertly as she dissects her own. She does it superbly too, casually dropping gems such as, “They told me all my cages were mental/So I get wasted, like all my potential” (This Is Me Trying) and “If I’m dead to you, why are you at the wake?” (My Tears Ricochet). On The Last Great American Dynasty, she positively revels in singing, “I had a marvellous time ruining everything”. “Cold was the steel of my axe to grind for the boys who broke my heart,” she grins on Invisible Strings, the most obviously personal track, “Now I send their babies presents.”

So these may not be songs to slay stadiums, if such a thing ever becomes possible again, or maybe even to dominate streaming playlists (quite what some of Swift's younger fanbase will think remains to be seen). But that's hardly the point. Instead, they’re indisputably songs to cherish on vinyl and clutch to your heart to ease the horror of dark days, of which, sadly, there have been too many lately. Thanks to Taylor Swift, at least today will be brighter.

* To read our 2019 Taylor Swift cover story, click here. To make sure you can access Music Week wherever you are, sign up to our digital issue by clicking here.