Inside the making of Rita Ora's new album 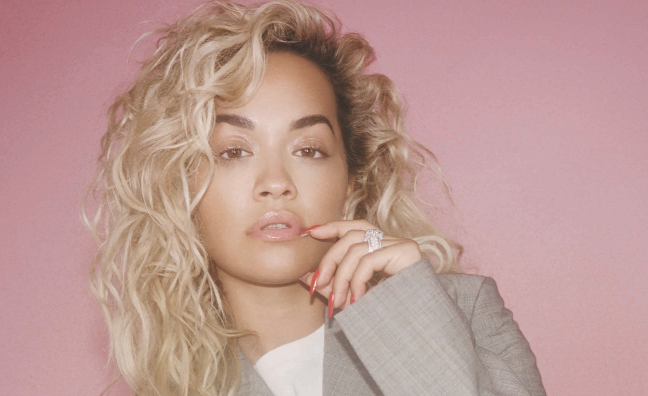 Rita Ora is working on a new album that will “turn people on their heads”, the singer has told Music Week.

Shortly before the coronavirus pandemic forced the country into lockdown, Ora released her latest single How To Be Lonely, which has since been a fixture in the upper reaches of the UK airplay chart. Music Week caught up with the singer in lockdown for our new issue, and she told us all about her new direction.

“I have a crazy, amazing, exciting direction for my third album,” she said. “I want to turn people on their heads, turn things around 360° and introduce some live instrumentation, experiment sonically, work with people I’ve never worked with before and do some more soulful tracks.”

Ora said her new record, for which a firm release plan is yet to be established, will continue her bid to redefine pop music.

“I’ll continue making amazing pop music, experimenting with other producers and creating a new sound, sonically being proud,” she said. “I’ve always had such a husky tone to my voice, I’ve always felt, ‘Oh, it’s not strong enough’. You put these doubts in your own head. I’m more confident in my craft. I’m also 29, I’m going to be 30 this year, so I’m starting to put things into perspective.”

Ora has been working on music in a new home studio set-up, which marks a departure from the making of her previous records, 2012’s Ora (378,768 sales) and 2016’s Phoenix (183,426). She was also emphatic about not leaving such a long gap between albums this time.

“I’ve been playing with synths a lot. I’ve learned a lot about the actual systems, using Logic and I’m kind of turning into a nerd, I love it!” said Ora. “I’m on my laptop, plugging in my microphone and figuring it all out, it’s kind of amazing. I’ve always worked in the studio, so it’s really interesting, I don’t know how good I am at it, but we’ll see…”

Ora is approaching the next phase of her career boldly, with assistance from long term management partner First Access Entertainment. “I’ve been in this industry for 10 years, so I’ve built a thick skin,” she said. “Trying to meet expectations never goes to plan; you’re always going to get disappointed. So I’ve been focusing on my own path. I’ve worked my arse off to get to this point.”

The singer wrote How To Be Lonely, which is nearing 10 million Spotify streams, alongside Lewis Capaldi.

“He had this song and I listened and it was like, ‘Oh wow Lewis, you really are speaking to me right now,’” she explained. “I put glitter on it, it was that simple. He sent me the song, I recorded it and did my own thing.”

Ora said that fellow million-seller Capaldi is a vital part of the UK music scene at the moment.

“Lewis is such an important artist right now,” she said. “It’s not judging a book by its cover. He’s got such amazing, incredibly vulnerable songs and he’s this jolly, amazing lad that can drink you under the fucking table but has such an endearing connection with people. It’s an amazing story.”

Subscribers can read the full interview online here. To subscribe and never miss a music biz story, click here. Make sure you can access vital music biz information wherever you are by signing up for our digital edition here.