'It blew up': The Goo Goo Dolls on the streaming power of Iris 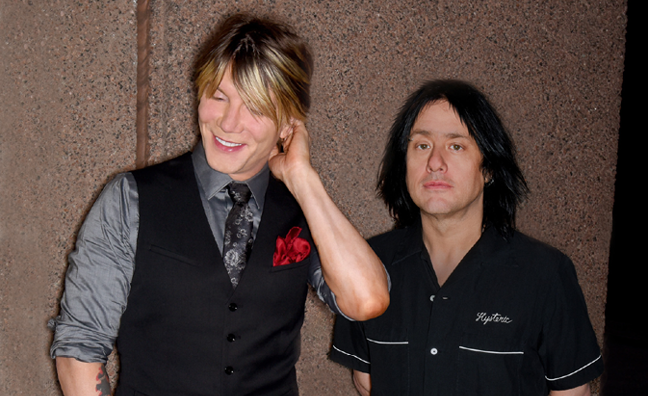 Earlier this month, Music Week reported that rock was still in a hard place when it comes to streaming.

As The Big Story in our rock special issue pointed out, Official Charts Company data shows that year-to-date streams of songs classified by the OCC as heavy rock or metal rose 29.75% on 2017, to a total of 671,807,195, markedly less less than streaming growth across all genres, which rose 36%.

What’s more, for the second year in a row, not a single current release featured in the year-to-date Top 40, with the list dominated by classics by the likes of Guns N’Roses, Red Hot Chili Peppers, AC/DC and Linkin Park.

A smattering of more contemporary releases from Fall Out Boy, Panic! At The Disco, Paramore and Royal Blood changed the complexion, but only slightly, while, at No.52, Muse’s Thought Contagion is the highest-placed 2018 release.

While it doesn’t disprove the idea that it’s the classics that get people listening and will unlikely have Drake quaking in his boots as he releases new album Scorpion, The Goo Goo Dolls’ Iris – which has 311 million streams on Spotify and counting – shows the enduring power of rock on DSPs.

In the last issue of Music Week we spoke to the band’s frontman Johnny Rzeznik about how they made it.

“I just think Iris expressed the way that a lot of men and women feel but don’t say. I wrote a couple of lines and I was lucky enough to hit that – it’s not always easy to do,” Rzeznik said.

Iris blew up. All of a sudden everyone wanted us to tour with them

“Now I know it’s got over 311 million streams [on Spotify alone]... It’s obviously a blessing. Not bad for an old guy! To have an experience like that in your lifetime is amazing, even if it doesn’t happen a second time. I would play that song every night for the rest of my life so long as somebody wants to hear it.”

Rzeznik was working on the group’s sixth album, 1998’s Dizzy Up The Girl, at the time Iris was conceived, and there were serious knock-on effects.

“Iris blew up. All of a sudden everyone wanted us to tour with them and we were getting big offers to play in big venues. I was simultaneously working on the Dizzy Up The Girl record – which is unbelievably 20 years old,” he added.

“Iris was such a big hit that we eventually put the song on that album because we thought it would help us sell a ton of records. Our single Slide became a hit on the coat-tails of Iris.”