'It feels like Laurel Canyon during the '60s and '70s': Ted Cockle reveals collaborations for new Florence + The Machine album 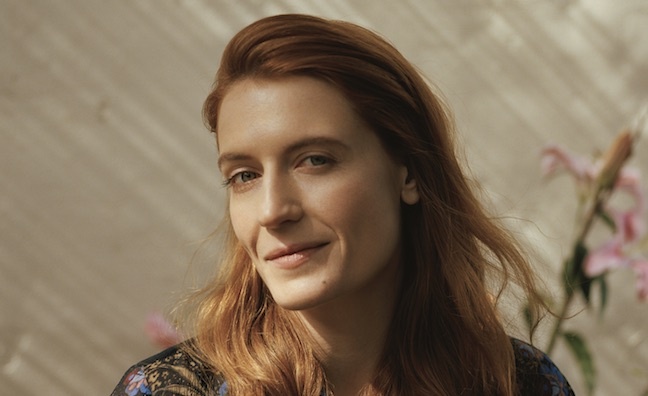 In the new issue of Music Week we speak to Virgin EMI’s Ted Cockle about the return of Florence + The Machine, as the major's president lifts the lid on the collaborations that feature across new album High As Hope.

According to the Cockle – who is releasing the artist’s fourth album on Virgin EMI for the first time having previously worked with her while at fellow Universal Music label Island Records – the album will feature Sampha, Jamie XX, saxophonist Kamasi Washington and Tobias Jesso Jr, while Emile Haynie, who’s credits include Lana Del Rey, Kayne West and Eminem’s Ed Sheeran-featuring track River, has co-produced the album with Florence Welch herself.

“There is no formal invites or managerial approaches,” explained Cockle of how the collaborations came about.

“These are all people in Florence’s social circle. It feels like you’d imagine Laurel Canyon would’ve felt during the late ’60s and ’70s, I don’t think they engineered the moves, they were just people who all lived in the same world and if they thought they could contribute they dragged them in.”

Get the new issue of Music Week out now for the full report on Florence + The Machine’s new album, including how her label are gearing her up for the streaming age with some “full 3D enactments”.