'It felt like a black hole': Freya Ridings talks breaking through 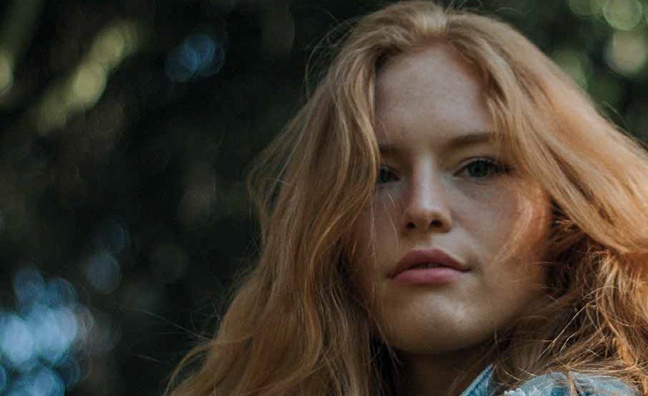 Freya Ridings has told Music Week that she was “the underdog” during her time at BRIT School.

Ridings hit the Top 10 last year with Lost Without You, and the track has sold 544,627 copies to date, according to the Official Charts Company. Signed to Christian Tattersfield’s Good Soldier Songs, she stars on the cover of the latest Music Week alongside Grace Carter, leading our list of the new stars set to take 2019 by storm.

“It [my journey] hasn’t felt traditional. I know it seems that way, but especially in BRIT School I was such an underdog, it was unbelievable,” Ridings told Music Week.

“I was never cool,” said the singer. “No one had money on me. I was definitely the black sheep of that year, which was really hard, because I had wanted to go my whole life and I thought I’d find my tribe there and it was so hard to be isolated again.”

However, the negativity made the young Ridings stronger: “The fact that people thought I wasn’t going to do anything almost pushed me further. I loved that, because it gave me this fire to say, ‘No, I’m going to work really hard.”

Ridings had initial conversations with several labels before eventually signing with Good Soldier, the label, she says, “that really accepted me for who I was and the songs I wrote.”

Speaking to Music Week, Tattersfield said: “Freya is the classic British artist that resonates internationally: she writes hits and she sells tickets. She’s going to become a global star.”

In the interview, which subscribers can read online in full here, Ridings also opened up about her creative process.

“Sitting at the piano is like coming home when you’ve been away,” she said. “I’ve sat down at the piano and written songs that have changed my life. You never know when that day is going to come again, and you just have to turn up and accept that today, even if you’re feeling a bit under the weather or a bit shit, it’s exciting.”

Looking back on her route to breaking through, Ridings added: “I’d been playing open mic nights and trying to grow as an artist on my own. It was really hard, like being in the wilderness and not knowing if anything was ever going to work. It felt like a black hole. But I always have this weird faith that things were going to be okay.”

Ridings performed on Top Of The Pops over the festive season and played live on the BBC’s Sports Personality Of The Year programme. Her TV appearances were kickstarted by the sync use of Lost Without You on ITV’s Love Island last summer.

Read the full interview, and the rest of Music Week’s tips for 2019, in our latest issue, out now.