'It's a chronological journey through my songwriting': Miles Hunt talks solo tour 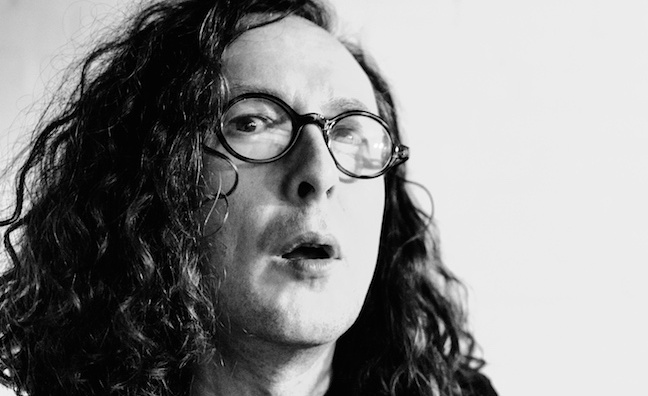 Miles Hunt wraps up a solo tour this weekend with dates at Harbour Arts Centre, Irvine (November 30) and Newcastle Cluny 2 (December 1). It’s been a busy couple of months for The Wonder Stuff frontman touring his acoustic collection, The Custodian, featuring 30 new recordings of his songs from the past 40 years.

Here, Hunt opens up about his back catalogue, the future of The Wonder Stuff and the advertising sync that paid “handsomely”…

How did you come up with the setlist for this tour based on the new album?

“It’s a chronological journey through my songwriting. The first track on the album, the song I open the gigs with, is a song I wrote when I was 13, which bizarrely I can still remember. I’d never recorded it before so I did it this summer. That starts the album, and then it’s 30 tracks chronologically weaving my way through my favourite Wonder Stuff, Vent 414 and solo material. Then the final track is a brand new track called Custodian, which I wrote this summer. So the set is loosely based on the album tracklist. Some nights I’ll do Who Wants To Be The Disco King?, other nights I’ll do Give, Give, Give Me More, More, More, some nights I’ll do Unbearable, other nights I’ll do Size Of A Cow. There is not time to do all 30 tracks. Then I’m doing a couple of bits of reading from the books [The Wonder Stuff Diaries] that hopefully people will find amusing.”

The album covers four decades - are you proud of your songwriting catalogue?

“Some of it I don’t like, some of it I’d gladly not hear again and I’m talking about, out of 200 or 300 songs, probably two or three that I wouldn’t go near again. I think they are either lazy sets of chords or songs I’m not happy to sing anymore.”

Which ones do you leave out of the show?

“Well, if I tell you it will be a major piece of this interview, so I’m not going to tell you because it’s not a point I need to make.”

What’s the plan for new material from The Wonder Stuff?

“I’ve got 10 songs demoed and I’m going to get another 10 demoed before March. So we’ll have 20 to pick from, we’ll pick the 12 strongest ones, then get in the studio and record them in March, put it out autumn 2019. We start gigging with a little festival season, that starts in May when we’re at Gigantic festival in Manchester to support Echo And The Bunnymen.”

The Wonder Stuff had a great run of singles. Do you still get interest for sync opportunities?