'It was the perfect storm': How Dave's Funky Friday hit No.1 in style 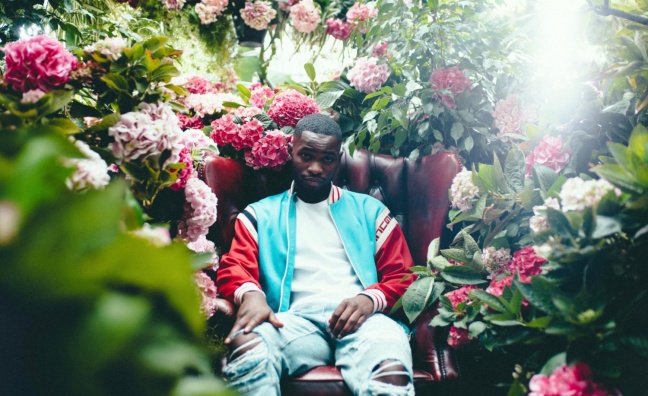 Friday, October 12, 2018 will live long in the memory for South London rapper Dave and his team.

‘This Friday will be a very funky one indeed’, Dave wrote on Twitter, once the news that he and featured MC Fredo had beaten Calvin Harris and Sam Smith’s Promises to No.1. Funky Friday sold 54,421 units in a glorious first week that saw the UK scene come together in support of the song on social media.

The single was the first to debut at No.1 by a UK act since Ed Sheeran’s Shape Of You last January. So far, it has accumulated 10,315,725 streams, according to the Official Charts Company.

Dave – who starred on the cover of Music Week earlier this year, as we visited him in the studio with Fraser T Smith – is independent, with Funky Friday released via Dave/Neighbourhood Recordings. Benny Scarrs and Jack Foster manage the rapper through Neighbourhood, and had not anticipated the excitement that was to come.

We caught up with Scarrs to tell a remarkable story...

How long has Dave had Funky Friday?

“He started working on it last year. It’s been on a journey. We were going to put it out earlier, but we decided to push it back, which was for the better. He really improved it on a production level over the summer. He worked very hard on continually improving it. A lot of it was about structure. It’s a stripped back record but, even so, getting the nuances in there to make it not feel too linear, not too busy and also dynamic is a hard balance to strike. It was about trying to keep people’s interest, there’s not that much going on, just enough. That’s one of a producer’s hardest jobs, people hear simple records and say, ‘I wish I’d made that,’ but it’s hard to do. Dave definitely was striving to find that perfect balance and that was pretty incredible to watch.”

“Fraser T Smith mixed it, but this is a Dave production. He has his own studio that he was working in; he was in there on many late nights. It was quite a process of back and forth. Sometimes, as a manager or A&R – I don’t even know what the difference is these days – you can specifically know that a record is lacking something and give good feedback. But on this we were pretty unhelpful, other than saying, ‘Nah, we’re not quite sure if it’s there yet.’ I don’t think anyone could put their finger on what was missing, more credit to Dave because he stuck with it. As frustrating as it might have been, one day he just sent through a version and it felt like it.”

I cannot sit here and say we had even considered the charts...

At what point did you start thinking about the chart?

“When we woke up and saw the midweek on Saturday and we were at No.3. We were all very surprised by that, honestly. I cannot sit here and say we had even considered the charts. It’s just not something we measure Dave by, we never have. We look at streams and his general trajectory and what a big Dave record would stream and try and build on that, that was our focus. But when we saw the midweek it was like, ‘Ok, there could be a job to do here,’ an opportunity.”

Just wanted to say thank you to everyone for the support cause it’s been crazy still. I can’t even explain how I feel but yeah. We’ve got a few hours left to affect the charts so playing and buying it still counts. Major love and I’ll update everyone tomorrow

Then what did you do? There was a lot of love on social media for the song…

“Dave is not a man that has ever tried to shout too much and ask his fanbase to [engage]. He’ll make the fanbase aware that tickets are on sale or a single is out but he’s not a big shouter. He felt like this was a pretty unique position to be in and it would have been strange if he didn’t just say, ‘This is really exciting and I would love to try and make this happen, it’s close.’ There were many things we could have done, going to town on the top line promo and doing things that would have probably felt really unnatural. But it was about doing what Dave was wiling to do in his comfort zone. The Instagram video made a big difference and made people want to support the story.”

What do you think it is about the song that people love?

“I love the record. On a wider subject, people have been trying to kick down the door for rap music, urban music, whatever you might call it, for a long time. Every year you see people doing it more and more on their own terms and compromising less and less. With the dawn of streaming, trying to make records for radio went out of the window. It’s a good, clean-sounding record with a very clear vocal. I’ve seen people writing that it doesn’t have a traditional structure, but it’s still very hooky – the synth line, the glockenspiel line, the pattern and the flows of Dave and Fredo, especially on Dave’s hook. It’s not melodic, but it’s hooky. I can’t tell you definitively why it went to No.1, I guess it was just the perfect storm.”

Is it important for you to be part of that process of breaking down the door?

“This is music that I love and have always championed and worked with. It means a lot for me to have a level playing field and be able to give artists the option, just to do it on merit. Not for anybody to give anyone a leg up or say, ‘Let’s let this type of music in,’ just if it deserves it, I think people should be supporting it on a level playing field with every other popular genre.”

How did you feel when you knew you’d made it?

“Oh man. It’s a feeling of immense joy, relief, being very proud of Dave and the team. It’s just incredible. And complete disbelief. It still feels pretty mad that it got there.”

What does it mean for Dave?

“It doesn’t change what we had planned, honestly. We just continue. We’ve always tried to have real attention to detail on everything and look at things creatively, strategically and really try to plan. I think we just continue to do that.”

Our first UK number 1. Speechless. One of the best weeks of my life, I don’t have enough words to thank everyone who’s helped us get here and been a part of this. But this is for us. Not for me... pic.twitter.com/lowykfejCb