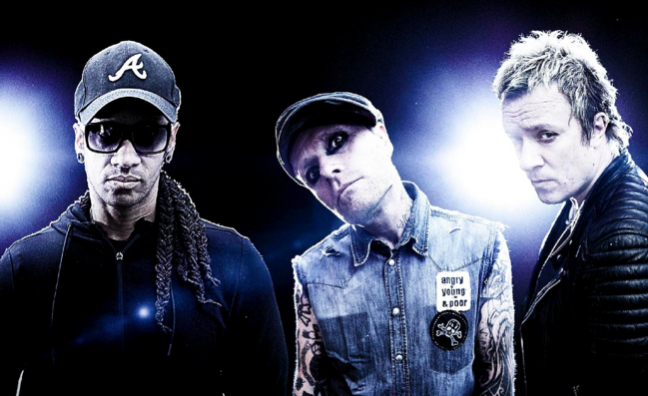 When the BBC showed The Prodigy’s Firestarter video on Top Of The Pops in 1996, Keith Flint's striking appearance – that iconic haircut – and the manic energy of his performance, coupled with some incendiary (in every sense) lyrics, were enough to prompt what was reportedly a record number of complaints and the widespread banning of the promo.

But for every child apparently left sobbing on the couch for their parents, there were countless teens inspired by Flint’s rabble-rousing, punk-rave persona. He gave a face to the supposedly ‘faceless dance music’ of the day; brought an air of violent subversion to the often soma-drenched platitudes of rave’s new world; and became the catalyst for a nation of indie kids to, finally, embrace repetitive beats.

Flint would have been the first to admit his musical contribution to The Prodigy wasn’t the most significant – that came from genius producer Liam Howlett – but it was Flint’s presence that enabled The Prodigy to become such a ground-breaking act. They were the first electronic dance act to go to No.1 in America (with 1997’s The Fat Of The Land, where Flint made his debut as vocalist); the first to appear on metal mag Kerrang!’s cover; the first to regularly headline rock festivals, where their kinetic shows regularly pulverised the guitar-toting competition – all, in no small measure, thanks to Flint’s intense performances and his ready-made rock star image.

Those qualities had been in place since The Prodigy’s early days, when Flint and fellow dancer Leeroy Thornhill’s creation of dance routines to accompany Howlett’s music became the catalyst for The Prodigy to move from the bedroom to the clubs.

As his image became punkier and more cartoon-ish, Flint became the identifiable face of the band although, unlike some of the rock stars he was so often compared to, he never seemed to lose himself in the persona. After news broke of his tragic passing yesterday, it was notable how many of his peers mentioned his eternal kindness and affability, in contrast with his public image. Suede’s Matt Osman – who regularly played the ‘90s festival circuit alongside The Prodge – recalled his transformation “into this kind of monstrous ringmaster” whenever he went on stage.

And, while he made important contributions to latter Prodigy albums such as Invaders Must Die and last year’s No.1 record No Tourists, it was at gigs where Flint truly excelled. The Prodigy became the band no one wanted to go on after at a festival for multiple reasons, but Flint's unifying presence was perhaps the biggest; the ultimate showman who never forgot what it was like to be in the crowd rather than on the stage. Only his passing could have prevented them once again conquering Glastonbury, where festival organiser Emily Eavis said they had been due to play this year.

That his passing prompted tributes from everyone from Rita Ora to Enter Shikari’s Rou Reynolds, and from Dizzee Rascal (“Few people can carry a show like him”) to Kasabian (“Beautiful man, incredible pioneer”), showed the range of Keith Flint’s appeal.

As his most famous song stated, he was the trouble starter, the punkin’ instigator. But also the man who – quite literally – lit a fire under a cross section of music fans and inspired the dance and rock worlds to come together; the wide-eyed piper who brought a generation out from behind the sofa and onto the dancefloor. Rave in peace.