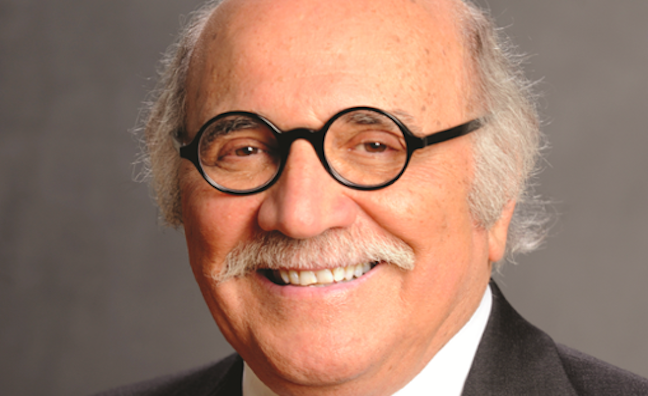 Music producer and record label executive Tommy LiPuma - who worked over five decades with such artists as Miles Davis, George Benson, Paul McCartney, Barbra Streisand, Natalie Cole, Diana Krall, among many others - has died at the age of 80. He passed away on March 13 in New York City, following a brief illness.

LiPuma was one of the most prolific and successful American music producers. His productions have resulted in more than 75 million albums sold (with 35 of these certified gold or platinum), 33 Grammy nominations, and five Grammy wins. He also worked for a long list of record labels, from A&M Records to Verve Music, which he chaired from 1998 to 2004, before becoming Chairman Emeritus from 2004 through 2011.

“Music has lost an icon," said Universal Music Group Chairman and CEO Lucian Grainge. "There are very few who have had Tommy’s ear for talent, let alone his track record of hits. I know I speak for everyone at Universal Music, and in the music community, when I say we will forever be grateful for Tommy’s brilliant creativity, kind heart and passion for music.  His legacy will continue to inspire and guide us.”

LiPuma's production style was to let the music and the artists define the music rather than imposing his style. Artists who worked with him, like Paul McCartney, have praised his ability to listen and to guide. He also preferred to be in the recording room, rather than the control room, in order to be close to the artists, letting his long-serving engineer behind the sound board, Al Schmitt, take care of the sound of the recordings.

A number of artists who recorded with LiPuma paid tribute to him on Twitter. Ben Watt‏ from Everything But The Girl wrote: "Sad news. #TommyLipuma has died. Produced EBTG in 1989. Total great guy." EBTG singer Tracey Thorn‏ added: "So sorry to hear of the death of #TommyLiPuma who produced our Language Of Life album back in 1990. Such a lovely man." EBTG's The Language Of Life was recorded in 1989 in Los Angeles and released in 1990.

Session musician and Toto member, Steve Lukather‏, said: "This one hits home again. RIP Tommy LiPuma. One of the great record producers and one of the truly great guys in music! We will miss him."

Born on July 5, 1936 in Cleveland, Ohio, LipUma was destined to be a barber like his father, but a passion for music led him to start working at one of the local distribution companies, MS Distributors. From then on, he moved to Los Angeles in 1961 working for Liberty Records and after a stint in music publishing, during which he produced demo sessions for artists like Randy Newman and P.J. Proby, he started making a name as a producer, most notably thanks to his first Top 40 hit, Lipstick Traces by Cleveland R&B act The O'Jays.

In 1965, he became the first staff producer at A&M Records, the new label set up by Herb Alpert and Jerry Moss. In 1965, he scored a major global hit with Guantanamera by The Sandpipers. In 1968, LiPuma formed the Blue Thumb label with Bob Krasnow, who would end up running Elektra Records in the 1980s, building an eclectic roster that included Ike and Tina Turner, the Pointer Sisters, Dave Mason, Gerry Rafferty, Ben Sidran, Hugh Masekela, The Jazz Crusaders, among others.

From 1974 to 1990, he forged a long-running relationship with Warner Bros Records, first as A&R staff producer, where he scored his first multi-platinum success with George Benson's 1976 album Breezin', which earned him his first Grammy for the track This Masquerade, then as vice president of jazz and progressive music, with an in-between two-year hiatus in 1978-79 during which he re-acquainted with Moss and Alpert who asked him to run Horizon Records, an imprint of A&M, which counted Dr. John, the Yellow Magic Orchestra, and Brenda Russell on its roster.

In 1990, Krasnow asked him to join Elektra, where he served as SVP. During his tenure, he executive produced Natalie Cole's Unforgettable... with Love, which earned him another Grammy. He went on to work for GRP Records, part of the Verve Music Group. During the 17 year he stayed at Verve, he worked with a wide range of artists but his most successful venture was with a young jazz pianist and singer, Diana Krall, for whom he produced a dozen records, including Grammy-winner Live in Paris in 2002.

In 2011, he produced Paul McCartney’s album Kisses On The Bottom, made up of covers of classic songs. LiPuma continued producing records subsequently for his longtime collaborator Leon Russell as well as for up-and-coming trumpeter Dominick Farinacci. His final production was a collaboration with Krall on her forthcoming album, Turn Up the Quiet, which was engineered by Al Schmitt.

Although he spent most of his life in Los Angeles, LiPuma remained in touch with his home city of Cleveland. He made a $3 million donation to the Cuyahoga Community College whose Center for Creative Arts bears his name. Last year, Cleveland's jazz festival JazzFest organised a special concert to celebrate his 80th anniversary with a bill comprised of Al Jarreau, Dr. John, Leon Russell and Diana Krall.

"Sometimes, I think about this road I've taken and been on and it amazes me as to how I got from there to here,'' said LiPuma in an interview to Cleveland.com during JazzFest. "I'd have to say it was a lot of hard work and a love and compassion for what it is that I do. That's the most important thing for a younger generation of people getting into the music business.''

LiPuma is survived by his wife Gill, daughters Jen Monti and Danielle Wiener, and grandchildren Matty, Julia, Chloe and Ava. The family asked that in lieu of flowers, contributions be made in his name to the Tommy LiPuma Endowment Fund at Cuyahoga Community College or to City Meals on Wheels. Plans for a public memorial service will soon be announced.