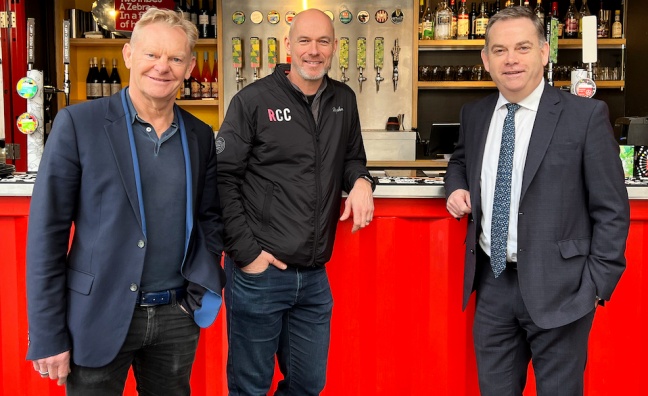 During his visit to Tileyard London, based in London’s Kings Cross, Adams heard from Tileyard co-founders, Paul Kempe and Nick Keynes. The Minister was briefed on their plans to level up the creative industry with Tileyard’s expansion to a new state-of-the-art facility in Wakefield, currently under construction.

It is expected that the new site in West Yorkshire will create around 500 new skilled jobs in the area and is benefitting from a £20 million Levelling Up grant provided by central government to support the creative and digital hub which will complete the regeneration plan for Waterfront Wakefield.

Minister of State Nigel Adams said: “This significant investment and vote of confidence in the northern creative industries is fantastic news. Tileyard North shows that levelling up is not just a government policy, but an opportunity of which the private sector and creative industries can take full advantage.

“Residents of Wakefield and the surrounding areas will benefit massively from Tileyard North, just as so many have from the amazing facilities at Tileyard London. The UK is known globally as a hub for the creative industries to thrive in and this government is continuing to invest in the sector with the help of our GREAT campaign which successfully promotes the UK across the globe.”

In a previous role at DCMS, Nigel Adams made a memorable intervention about the requirements for artists in a post-Brexit economy.

“It’s absolutely essential that free movement for artists is protected post-2020,” he said. However, those provisions did not make it into the final trade agreement overseen by Lord Frost, which resulted in the long-running row over the lack of visa-free access to EU markets for touring artists.

Tileyard North sits exactly within the government’s levelling up agenda

During his Tileyard visit, Adams spoke to resident businesses Gearbox records, a vinyl-led record label with an analogue vinyl cutting facility, and Spitfire Audio, a technology company based in London who create sample libraries of virtual instruments used for musical synthesis.

Adams also spoke to students at Tileyard Education, the higher education and professional training company. It provides globally recognised, industry-driven tuition, mentoring and work-based learning programmes at the London and Wakefield locations, as well as online.

Paul Kempe, co-founder of Tileyard London, added: “It was a delight to receive a visit from Cabinet Office Minister, Nigel Adams, who toured the facilities and met a number of the community residents at Tileyard London.

“We are looking forward to opening the doors to Tileyard North in the north of England early this summer and replicating the success of Tileyard London. Setting out a new stage for creative communities of the north to plug into Europe's largest music community and eventually providing both high-quality jobs and opportunities to Wakefield and beyond – which sits exactly within the government’s levelling up agenda.”