Little Simz on life outside the major label system 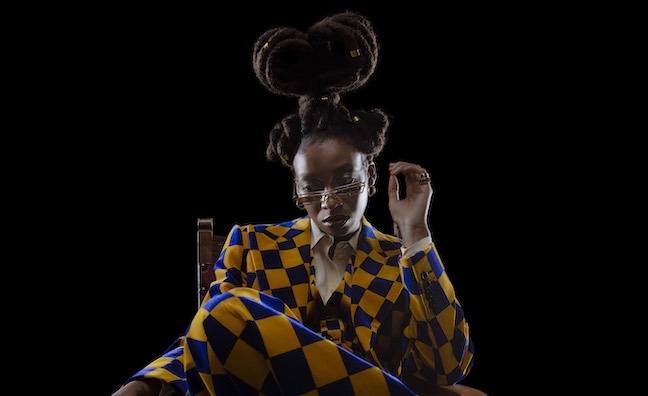 Little Simz is chasing a Top 3 entry with her new album, Sometimes I Might Be Introvert (Age 101/AWAL).

The UK rap star is at No.3 in the Midweek charts with 4,860 sales so far, according to the Official Charts Company. It marks a commercial breakthrough for Little Simz, whose Mercury-nominated 2019 LP Grey Area peaked at No.87.

The Music Week cover star’s fourth studio album has been widely praised for its ambitious approach.

“There have been so many great albums this year already,” Little Simz told Music Week. “It’s just sick to even be a part of that conversation. People are anticipating it and they’re excited for it.

“Sometimes people look at me and think, ‘Oh, well, she’s in her own lane’, but it’s not that I try to be different, I’m just doing me. This album is super-ambitious, but I’ve always been that way inclined.”

Little Simz (real name Simbiatu Ajikawo) renewed her deal with AWAL for this album release, following their partnership on Grey Area (28,624 sales). Although the company was recently acquired by Sony Music, Simz sees herself as a proudly independent artist and has previously turned down approaches from majors.

“It always sounds very appealing when you’re being wined and dined and promised things,” she told Music Week. “But I also have friends and peers who are on major labels and I talked to them. It’s not as if they say anything crazy or wild, but I wanted to get all the perspectives. So I don’t actually know what it is to be a signed artist. I mean, I might have it all backwards. I might be missing a trick, but I think I’ve found something that works for me. It’s a lot of hard work, but I’m definitely a stairs person and not on the escalator journey. It’s super-rewarding and I get to do what I want.”

The rapper had been navigating her career on her own, acting as her own manager throughout the whole campaign with AWAL for Grey Area. She was introduced to Robert Swerdlow of Starwood Management by Michael Kiwanuka, who won the Mercury Prize last year.

“I was managing my career and trying to be an artist and a label and it was a lot,” she said. “So I had been looking for advice, but I just ended up saying, ‘Will you do it?’ And it is a blessing, for sure, to have someone who is so knowledgeable, but also open to learning and doing new things too.”

Robert Swerdlow told Music Week: “Very rarely do you get an artist who can work in a global, smart and culturally relevant musical space and stand up 100% for independence. And Simz never compromises on any creative level, from music, to marketing, identity, aesthetic and video making.”

Little Simz joined the cast of Top Boy in 2019, appearing alongside grime legend Kano and Ashley Walters of So Solid Crew. Her character, Shelley, will appear in the forthcoming series.

“And I have more to sink my teeth into this time,” she revealed. “It was a nice vibe on set, but I was only going in every other day because we were shooting with Covid restrictions.

Little Simz worked with producer Inflo again on Sometimes I Might Be Introvert, following their Ivor Novello victory with Grey Area.

“There’s a lot going on in this album,” she said. “But I guess there’s also a lot going on in my mind. I’m not the most talkative person in real life. So sometimes that makes me a little hard to read or whatnot. But when I get to my art, when I start writing, it all just comes up.”

Subscribers can click here to read the full interview with Little Simz and her team.