'Massive achievement': Aitch is revealed as YouTube Music's new Artist On The Rise 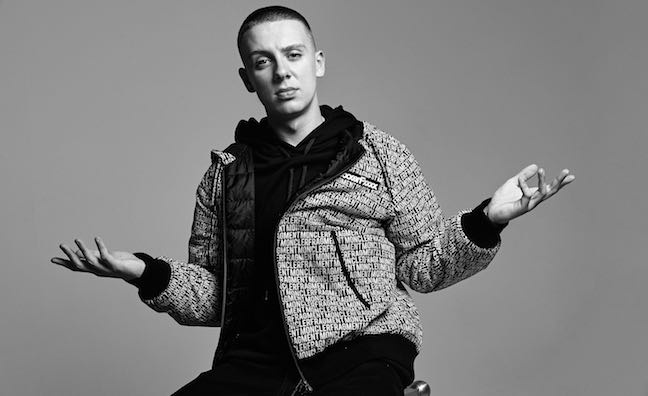 Aitch has been named YouTube Music’s fourth Artist On The Rise.

The Since ’93 MC follows Mabel, Freya Ridings and Mahalia as the fourth emerging act in the series.

Aitch featured on the Sir Spyro remix of Ed Sheeran’s chart-topping Take Me Back To London and Young T & Bugsey’s Strike A Pose, which hit No.9. Both featured in the Top 10 at the same time as Taste (Make It Shake)

His YouTube channel has over 40 million views and 222,000 subscribers in just over 12 months. Aitch rose to prominence thanks to various freestyles, notably Straight Rhymez 1, which has almost 15 million views.

Aitch has now released a new video for Buss Down, which features RCA act Ziezie. The pair played the song live at YouTube space at the launch party for his EP.

Aitch said: “It’s a massive achievement for me to get Artist On The Rise from YouTube as YouTube is where I started with Straight Rhymez and more, it’s so important to everything I do. So this is sick, thank you”

David Mogendorff, head of artist relations, YouTube Music EMEA said: “Aitch’s career has taken off like a rocket and we're delighted that YouTube has been right in the middle of it, ever since his P110 freestyle was uploaded to YouTube back in 2016. Today, hundreds of thousands more fans are connecting every day with his music, energy, and personality through YouTube - which is a credit to the hard work, passion and artistic integrity of Aitch and his whole team. Supporting an artist’s story, from their first upload to reaching huge numbers and fans around the world is something we really value and we're delighted to announce Aitch as our latest Artist On The Rise.”

Read Music Week’s On The Radar with Aitch here.