Matthew Healy reveals all about The 1975's fourth album 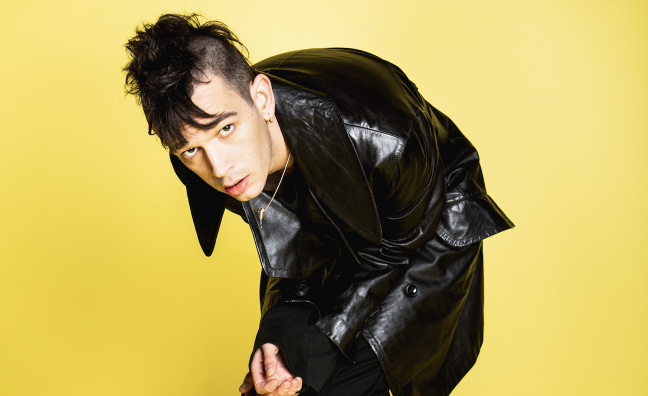 Matthew Healy has told Music Week that The 1975’s fourth album Notes On A Conditional Form filled the band with anxiety.

Healy stars on the cover of the new issue of Music Week, out now, and reveals all about his band’s upcoming fourth album in a brand new interview.

After various delays, Notes On A Conditional Form is released via Dirty Hit on May 22, marking the climax of a rollercoaster period for the band. In our interview, which happened in two parts before and after the UK went into lockdown, Healy addresses every aspect of the story – including equality, the environment and his position as a “political pop star”.

“I’ve always described Notes… as a very real-time expression; it was always going to come when it was finished,” said Healy. “I was never going to rush a record, that would have been the fear when trying to do two campaigns. The album has been very reflective of what I’m like and very reflective of the zeitgeist: constantly changing.”

“I’ve never really had a date for it, but obviously there’s a music industry, people need dates,” he continued. “It isn’t just me knocking around in my bedroom anymore.”

A lot of Notes... was birthed from magnetism or opposition

Expanding on the making of the record, which took place in various studios around the world, on the band’s tourbus and several different apartments, Healy said it had a profound effect on the foursome.

“I remember I was writing The Birthday Party over the two or three days we were setting up the live show for A Brief Inquiry Into Online Relationships... That’s where a lot of that energy of the combination of the two records was happening,” he said. “A lot of Notes... was birthed from magnetism or opposition, two ideas rubbing up against each other. That can fill you with anxiety. So we took that and ran with it.”

Healy is excited to finally release the album, with team Dirty Hit working hard to ensure it wouldn’t suffer further delays. As label boss and manager Jamie Oborne told Music Week for this feature, “We haven’t had the main attraction yet…”

“I hope people like it,” said Healy. “But the most important thing to me is that I’m really proud of it and I stand by it. This record is very different to all our other records, it’s very meandering, very long, but not in a boring way. It’s quite succinct, but it still manages to be very all over the place.”

Read the interview in full in the new edition of Music Week, on sale now. Subscribers can read it online from tomorrow (April 28). Revisit our 2018 cover interview with Healy and Oborne here.