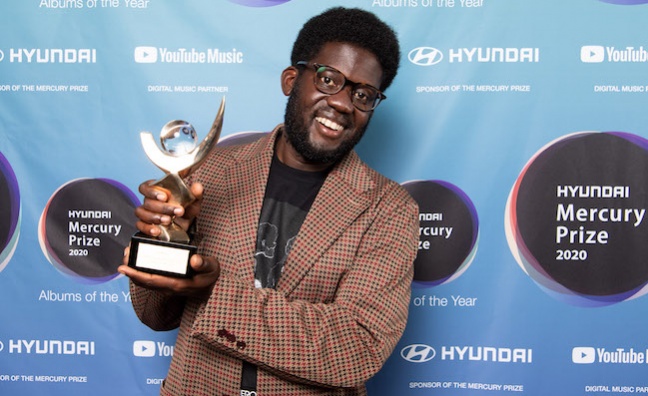 Michael Kiwanuka has returned to the Top 5 following his Hyundai Mercury Prize win.

Kiwanuka (Polydor), which peaked at No.2 last November, had been absent from the charts since March. It re-entered at No.78 a week ago based on several hours’ sales following the Mercury Prize announcement on BBC One’s The One Show (September 24).

The widely acclaimed Kiwanuka album has now experienced a full week’s sales following the win. It has career sales of 85,124 and is chasing gold status.

This year the Mercury Prize was unable to stage a ceremony because of Covid-19. But the BPI and BBC Music increased the broadcast coverage, including a BBC Four performance show with the shortlisted acts, a Later… With Jools Holland special and The One Show announcement. Combined ratings for the shows were 5.4 million.

Michael Kiwanuka’s second album, Love & Hate (also Mercury-nominated), has re-entered the chart at No.82. It has total sales of 139,880.

Click here for the impact since the Prize announcement on all the shortlisted acts’ albums.