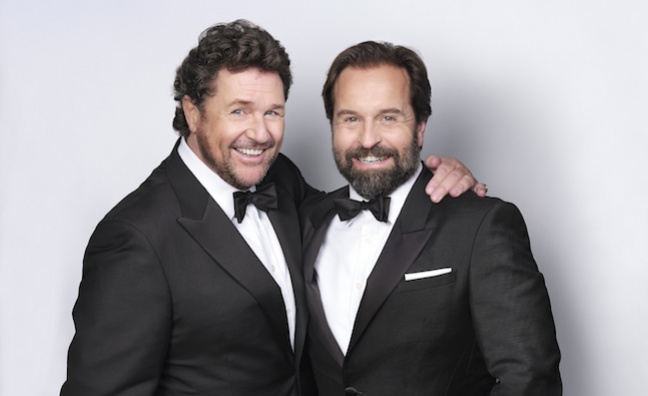 Michael Ball and Alfie Ball’s Together At Christmas (Decca) has gone gold, Music Week can reveal.

Following its release in late November, the duo’s festive LP has already racked up sales of 113,023 (95.8% physical), according to the Official Charts Company.

Ball and Boe should add another substantial volume of CDs this week as they’re battling with Paul McCartney and Taylor Swift for the Christmas No.1 album. Decca also has albums from Andrea Bocelli and Andre Rieu chasing a Top 10 finish in Christmas week.

Together At Christmas, the fourth collaborative album from Ball & Boe, debuted at No.1 with sales of 32,882.

While Together At Christmas is set to lose its sales momentum after the end of the month, Decca will be hoping it goes on to become a festive perennial. Nine years on from its release, Michael Buble’s Christmas (Warner Records) is back in the Top 10 this year and has total sales of 3,087,280.