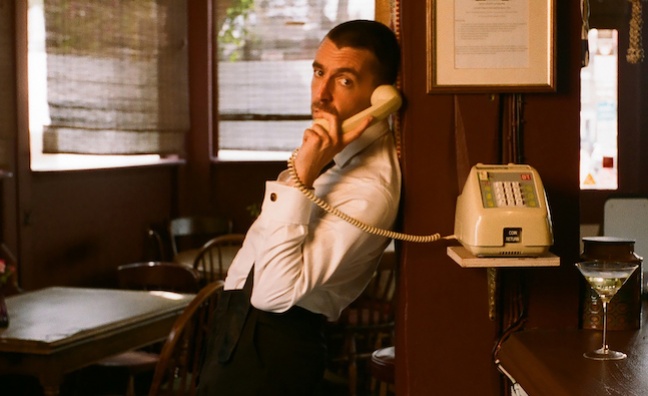 Miles Kane is back with his latest solo project, which was released following a new label deal with BMG.

The singer-songwriter worked with BMG as part of The Jaded Hearts Club band supergroup. It follows spells with both Columbia and EMI as a solo artist.

Change The Show debuted at No.12 with sales of 4,404, according to the Official Charts Company.

Miles Kane has always been a consistent chart performer, with his last two albums peaking at No.8. They followed the No.11 peak for his 2011 debut, Colour Of The Trap, Kane’s biggest solo album with 134,954 sales to date.

Miles Kane’s biggest overall album is The Last Shadow Puppets’ 2008 debut, The Age Of The Understatement (Domino). The collaboration with Arctic Monkeys’ Alex Turner has sales to date of 337,243. The 2016 follow-up Everything You’ve Come To Expect has sales of 130,926.

Here, Miles Kane tells Music Week about the making of Change The Show and opens up about the future of The Last Shadow Puppets...

Change The Show has a slick feel. How did it come together?

“I did a recording session in January the year before last that turned out to be really polished. One morning I had a song called Change The Show which had a really great vibe. We did it live, so it was really gnarly. Then in the summer, my friends Oscar [Robertson] and Dave [Bardon], who are in a band called Sunglasses For Jaws, invited me to their studio in Hackney Wick [East London]. The way they make music blew my  mind and their references were so on point. So we recorded Tell Me What You’re Feeling as a real Northern Soul stomper, and it was  clear that that was the way we should do the album.”

Lana Del Rey was among the songwriters on your last album. Did you collaborate with anyone this time?

“It’s mainly me, or with my mate Jamie Biles [producer] who I’ve written loads with over the years. I was just really happy in my own little zone on this one.”

You also have Corinne Bailey Rae and Lily Savage on board...

“One of Corinne’s tunes came on when I was listening to music in my kitchen, so I texted her and that rekindled our friendship. She said she couldn’t stop singing along to Nothing’s Ever Gonna Be Good Enough, so we tweaked it for her and it worked out really well. The Paul O’Grady monologue I’d sampled after a joke in the studio, but it became the perfect way to open the album. The TV people wanted loads of money for the rights, so we contacted [Paul] and it turned out he had a few of my records and was a fan. So he re-did it for me before one of his radio shows. He’s an absolute diamond!”

What made you sign with BMG for this record?

“I left all that side of things with my manager, Ian [McAndrew, Wildlife, also manager of Arctic Monkeys] – I trust his guidance. They’ve been very encouraging, it’s all positive.”

Sounds like you’ve been making new friends, but let’s not forget an old one, Alex Turner. Any news from The Last Shadow Puppets?

“We won’t be doing anything in the near future, but I think it’d be rude not to do a trilogy. The trilogy would be the icing, wouldn’t it?”