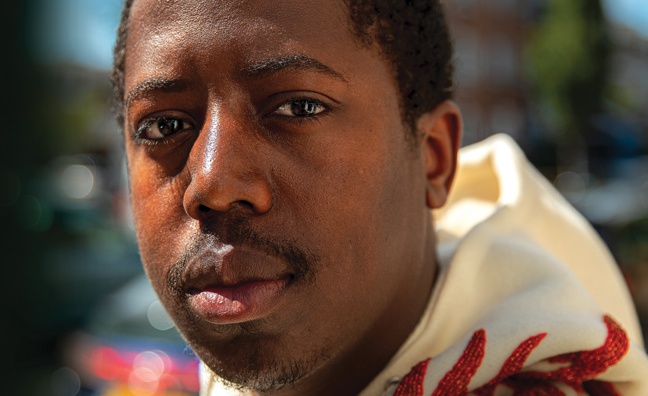 While Michael Kiwanuka was this year’s winner, Boyd has also seen a positive impact from the Prize. Following the broadcast coverage during the week of the prize, including a special performance at Bush Hall on BBC Four, sales of the jazz album increased by 180% week-on-week.

During the two-month period since the shortlist was unveiled, Boyd also had an uplift in terms of social media and YouTube followers.

Here, the former Music Week cover star opens up about the impact of the Mercury nomination…

“It’s crazy, very surreal. I found out a week before the official announcement. I was at a friend’s house and completely forgot that we’d even submitted, it was not on my radar at all. When I got the call, it was like ‘Woah, incredible’.

“The Mercury and the MOBO are things I’ve seen as a kid. That’s not to say I’ve made music to get one, but it’s definitely something I’ve always respected and has been on my goal list, seeing people like Ms Dynamite and Dizzee Rascal perform there. Through the years, just knowing what it represents and how it’s helped propel careers, it’s something I just respect. I would have always been happy to be nominated, it’s something I’m very proud of.”

How did the shortlisting help you?

“As an independent artist, on the day it was announced I just saw all the traction, whether it was sales, iTunes, Bandcamp and the other DSPs through to social following and interaction. The good thing is there’s a good period between the announcement and ceremony, it’s really good to gain traction if you’re in a release cycle – as you have to be in order to be nominated.

“I’m quite connected, being independent, to what’s going on with all my stock and stuff, interest from independent stores, restocking and repressing, that’s the first instant boost I saw. There are no shows happening at the moment, because we’re in such a weird time it’s hard to fully say [what impact the Prize would have]. Even the press opportunities would probably have been more had we not been social distancing, but there’s a lot still happening. It’s just good all round.”

How do you feel about the record now?

“It came out in February, we did a tour of the UK & Europe, which was great, and then obviously lockdown hit straight after and I’ve been forced to distance myself from it in a way. I’m out of doing press and doing shows, I’m doing other things.

“The world has changed so much, and in some ways it hasn’t, since I released it. And now people ask questions about it and looking at the world and how it was a critique of aspects of our society, it’s definitely made me look back and think, ‘Wow’. Not that I was any sort of prophet, but it’s just a good example of art imitating life, responding to it. I tend to make stuff and forget about it, but I guess with this one it’s a bit different, I’m constantly re-listening, rethinking and reevaluating. I’m still very proud of it.”

To read our cover feature on Moses Boyd, subscribers can click here.