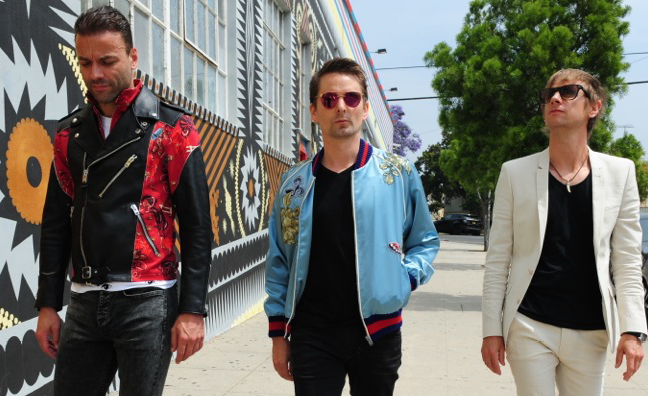 Muse have confirmed they will release their new album in November.

The band's eighth LP is the follow-up to 2015's Drones and has been preceded by the single Something Human.

Co-produced by the band and Rich Costey and mixed by Mark ‘Spike’ Stent, the track addresses the need to reset and re-engage with our human emotions.

Frontman Matt Bellamy said: “Life on the road can bring out your inner beast, this song and video is about taming that beast, desiring a return to something human. Plus, Teen Wolf is cool."

The video for Something Human was directed by Lance Drake, who also directed the band’s video for Dig Down and Thought Contagion.

Drake said: “Our aim with Something Human was to continue the journey that began in Dig Down and Thought Contagion. Pulling further into a simulated world we follow Matt, Dom, and, Chris on the chase of a lifetime - where something as simple as returning some video tapes becomes an epic journey."

Muse signed with CAA earlier this year for international representation on the live circuit.

Earlier this week, Glen Rowe exclusively revealed to Music Week that he is stepping down as Muse’s tour director to establish a charity to help new bands at the grassroots level of the live business.