Museum of London to stage The Clash: London Calling exhibition 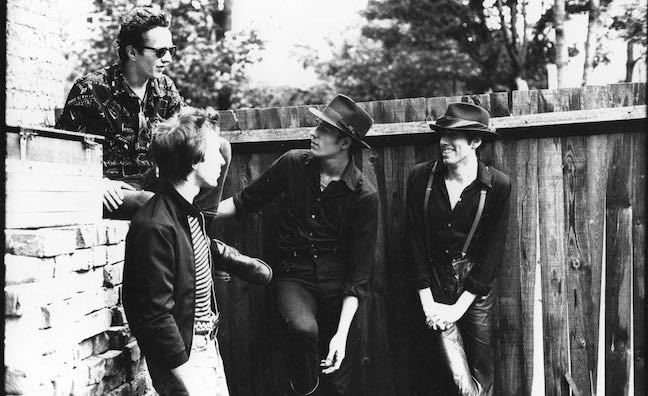 The Museum of London is to stage an exhibition to mark 40 years of The Clash’s London Calling.

The band’s third album was released in December 1979 and the double LP has gone on to secure classic status. It peaked at No.9 upon release and made No.26 for its 25th anniversary edition.

The Clash: London Calling will take place from November 15 to spring 2020. Admission is free.

The exhibition will showcase a collection of items – many previously unseen – from The Clash’s personal archive, including draft lyrics, stage clothes, photos and films. The exhibition includes one of Joe Strummer’s notebooks from 1979, his typewriter, Paul Simonon’s broken bass guitar and a handwritten album sequence note by Mick Jones.

To coincide with the opening of the exhibit, on November 15 Sony Music will release the London Calling Scrapbook - a 120-page hardback companion which comes with the album on CD and contains hand-written lyrics, notes, photos and previously unseen material from the period.

For National Album Day (October 12), Sony Music will issue the London Calling album on CD, vinyl and cassette in a special sleeve highlighting the layers of the iconic artwork by Ray Lowry with photography by Pennie Smith.

The Clash: London Calling is curated by Robert Gordon McHarg III with The Clash and Beatrice Behlen of the Museum of London.

Behlen, senior curator of fashion and decorative arts at the Museum of London, said: “London Calling is The Clash’s defining album, a rallying call for Londoners and people around the world. The album’s lyrics reflected contemporary concerns, many of which are still relevant today, as it moved away from traditional punk by adopting and reworking much wider musical influences. At the Museum of London, we tell the stories of our capital through the objects and memories of the people who have lived here. This display will provide a brand new, exciting and vibrant take on this, showcasing rarely seen personal objects and telling the incredible story of how London Calling was, and for many still is, the sound of a generation.”

It will be followed by the opening of a brand new display exploring London’s relationship with dub music and culture as part of its Soundclash season at the Museum of London.