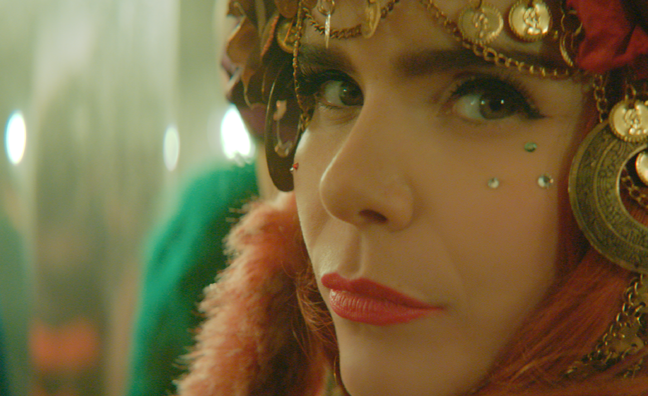 Major artists have joined several UK music industry bodies in calling on the government for an alternative to Brexit.

It follows the postponement of the House Of Commons vote on the government’s proposed transition deal with the EU.

The open letter states that “Brexit represents a significant threat to the UK’s Music Industry” and that “In the Post-Brexit UK, there is a clear risk that reaching consumers and fans will be more expensive, and international markets will be harder to access”.

Sammy Andrews, CEO of Deviate Digital, and co-organiser of Music4EU, said: “Rarely do so many factions within the music industry unite on any subject, but Music4EU’s signatory list so far is a clear indication of the level of concern over the current mess, and how widely it impacts every corner of this sector. Brexit is an unmitigated disaster for Britain’s world-leading music industry.”

Sam Duckworth who performs as Get Cape Wear Cape Fly, added: “It’s a connected age, where diminishing rights and barriers to trade should be a thing of the past. We need to make sure we don’t isolate ourselves from our wider cultural family. Be it sharing a stage, a marketplace or as part of a team, Brexit is causing mass uncertainty. Music is a big part of the economy and is the front line of the warm British welcome. It is essential that we are given clear guidelines, promises and safeguards for this to continue.”

Paul Pacifico, CEO of AIM, said: "In a moment when we need balance most, Brexit seems to play to the most divisive and negative instincts of our representatives across the political spectrum. In this atmosphere of hardening dogma, we must not sacrifice the future of our creative economy and the people and small businesses that are its lifeblood. We can too easily take for granted that British music has a special place in the world and for several decades it has punched above its weight.

"We must take care that any next steps in Brexit do not diminish our potential to excel across both the world’s cultural and commercial landscapes. The music industry delivered £4.5 billion to the economy last year, and yet it feels like so far we have been utterly ignored in the Brexit deal. We, therefore, renew our call on all sides to include the specific provisions we need to continue to thrive."

Music4EU is calling for music industry professionals to add their voice at: https://music4eu.com/letter

The current signatories are as follows:

Revered And The Makers

Amy Bee Sting- Oh My God! It's The Church