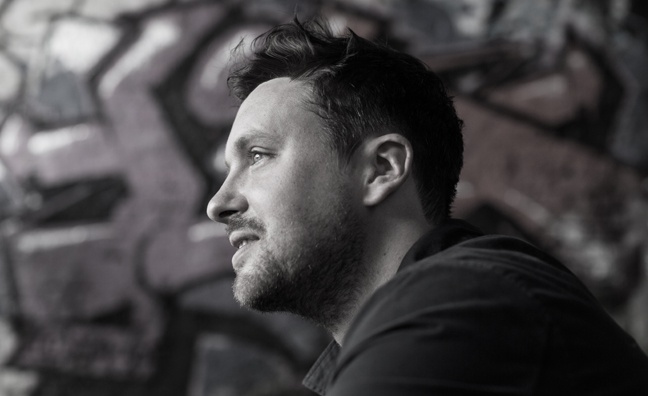 Samuel Jack is a vintage soul in a relaxed-tee clad body. Raised on a diet of Blues, Motown, soul and roots music, an emotive storyteller seamlessly fusing the classic sounds of his upbringing with a refreshing rawness and heartfelt honesty. Having had a nomadic childhood it's not surprising that Samuel, after leaving home at 16, currently lives, writes and records his unique style of contemporary soul in a caravan on the outskirts of a small village in Somerset.

After being plucked from the field where he lives and asked to open the Avalon Stage for Glastonbury 2015, Samuel has spent the last year writing and refining his first soft release EP, ‘Let It All Out’ which was released in August 2016, positioned straight into the iTunes chart in the UK.

Championed by both BBC Introducing and Robert Elms at BBC London, Samuel recently performed live sessions for many of the regional BBC stations and is also receiving spins on stations including KCRW Los Angeles. Also a firm favourite of secret show movement Sofar Sounds, he continues to be invited to play a number of their shows and has just started his first UK tour, taking his music on the road to London / Manchester / Brighton / Bristol / Cardiff and a special home show in Bruton, Somerset, where first show on London promptly sold out.

In between the writing and recording of his debut release Samuel has also shared the stage with both established and upcoming artists such as Grand Master Flash, the rising talents of Izzy Bizu and Jake Isaac as well as playing at Innocent Unplugged and Larmer Tree Festival.

In addition to recording his EP, Samuel has also been creating a lo-fi series of “LIVE From My Caravan” a selection of his original songs recorded live and uncut from the place he calls home and during his touring period Samuel is running an interactive social media and real time campaign involving 'pop up' busking sessions from his tour bus /van. You can check these out and watch them live streamed as they happen on Samuel's official website.

About his debut single, “Let It All Out”, Sam says it is a song that simply explores the notion of the title –

‘I think we're all looking for a little redemption sometimes, it's quite simple really. I wanted it to be honest. It is about release. About owning up to mistakes as life does have its ups and downs. You just have to get it off your chest and live life to the full. And above all, I wanted it to just be a good old sing-song.’

EP: Let It All Out