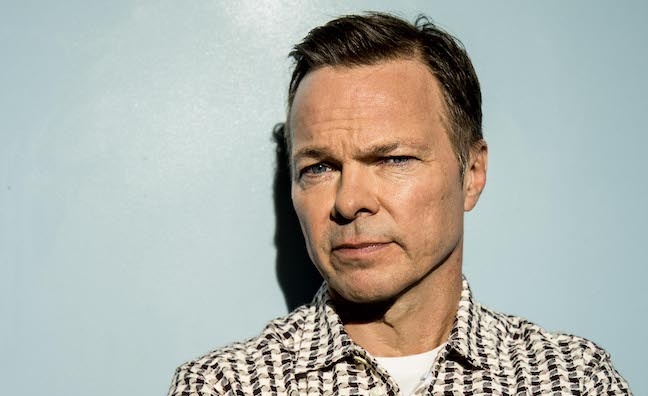 Pete Tong is to be honoured with the award in recognition of his outstanding contribution to the music and broadcast industries. The event takes place on November 1 at a gala ceremony held in aid of the BRIT Trust and Nordoff Robbins in The Great Room, Grosvenor House Hotel.

Today, the MITS announced that DJ and presenter Edith Bowman will host this year’s ceremony.

The 30th year of the MITS will also feature performances from New Order, Becky Hill and Norman Jay.

Tong’s affiliation with New Order began when he worked for London Records in the ’90s and noughties. The band released their Republic album with the label in 1993 after the demise of Factory Records.

New Order frontman Bernard Sumner said: “We met Pete over 20 years ago when he was A&R at London Records and immediately got on. If it wasn’t for Pete, certain New Order songs may never have been released into the world. It’s brilliant to see him being recognised by the music industry with the MITS Awards and flying the flag for the dance and electronic music genre, that can often be overlooked by industry bodies. We’re looking forward to performing on the night and celebrating with Pete.”

If it wasn’t for Pete, certain New Order songs may never have been released into the world

Tong worked with New Order as A&R at London Records, playing a part in coordinating singles including Brutal for The Beach OST in 2000. Before making the single Crystal from 2001 album Get Ready, Bernard Sumner originally gave the song to German record label Mastermind For Success to be recorded by label artist Corvin Dalek. However, Tong heard the song and declared it to be the best New Order single since Blue Monday.

Becky Hill has become a member of the band with Tong’s Ibiza Classics shows. She recently released debut studio album Only Honest on the Weekend.

Hill will be joined by vocalist Vula Malinga, who has toured frequently with Tong. Both Vula and Becky Hill feature on his upcoming Pete Tong + Friends: Ibiza Classics EP, which is set for release in December this year.

Norman Jay will DJ for this year’s MITS ceremony. Tong has been an admirer for over 30 years.

The Music Industry Trusts Award is recognised as one of the true benchmarks of achievement in the UK music business and continues to benefit hugely deserving causes.

The MITS Award is sponsored by PPL, SJM Concerts, YouTube and Spotify.