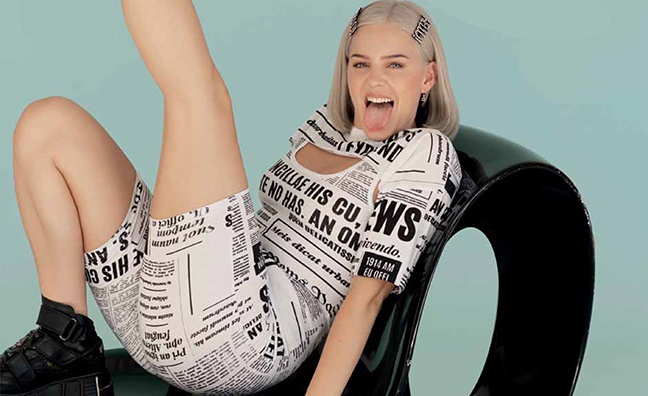 Will the headlines next month for the BRIT Awards be marking an evening of female success?

After Dua Lipa’s 2018 triumph, this year’s nominations have a strong showing for women thanks to multiple nods for Anne-Marie, Florence + The Machine, Jess Glynne and Jorja Smith. Both Anne-Marie and Smith are debut acts.

Dua Lipa is also up for multiple nominations again after last year’s record-breaking haul. Perhaps her rousing speech about female representation in the music industry was heard by the voters on the BRITs academy.

Women make up a majority of the Mastercard British Album Of The Year category (Anne-Marie, Florence & The Machine, Jorja Smith) and the British Breakthrough Act (Ella Mai, Jorja Smith, Mabel).

In terms of how the spoils are divided up, each of the majors has a strong showing, though Max Lousada’s Warner Music UK punches above its weight with 20 nominations. Ben Cook’s Atlantic racks up 14 of those nods even without Ed Sheeran or The Greatest Showman muscling in.

Sony Music has 19 nominations and Universal Music bags 20. There are strong showings for Ferdy Unger-Hamilton’s Columbia (six nominations, including George Ezra) and Polydor under Ben Mortimer and Tom March (eight nominations plus the winner of Critics' Choice, Sam Fender). International artists helped Virgin EMI and RCA/Ministry rack up six nominations, with the latter label group also sharing in Little Mix's success after taking on the campaign from Syco.

Music Week’s calculations are based on label and distributor, so nominally independent artists – including Christine And The Queens (Because/Caroline) and Jorja Smith (Famm/The Orchard) – do contribute to the majors’ nominations. Independent labels nominated include XL Recordings, Because, Warp, Domino, Dirty Hit and Partisan, while indie giant and distributor PIAS has a hand in four BRITs nominations this year.

The changes to the Academy since 2017 have boosted diversity in the BRITs and probably helped Stormzy see off Ed Sheeran last year (even Sheeran said the grime star deserved to win).

“What Ged Doherty did with the BRIT Academy was an instant response and made a very rapid difference,” said Keith Harris, who leads the UK Music Diversity Taskforce.

We are absolutely over the moon for Idles having been nominated

While there’s no UK rap contender who could clean up in 2019 (Stormzy and J Hus were in the frame last year), there are nominations for Giggs and Ramz alongside R&B artists such as Jorja Smith, Mabel and Ella Mai. But Dave - nominated in the Breakthrough category last year - is a strange omission seeing as Funky Friday matched Drake's achievement of debuting at No.1 in 2018.

Craig David is in the running again this year, following the consolidation of his comeback.

“To be nominated for Best Male Artist again is such an honour,” he said. “What a journey it’s been. This is my 14th BRITs nomination and I'm so grateful for all the love over the years. What a time to be alive.”

It’s a shame Idles’ Breakthrough nomination may not be combined with a performance on the night.  But it would be quite a moment if they won the category’s public vote.

Zena White, MD of Partisan Records, said: "We are absolutely over the moon for Idles having been nominated. It's so well deserved after so much hard work by the band, the team and all the fans who have been endlessly supportive. Bring on the vote!”

Tom Walker will be hoping his two nominations and a possible win provides the perfect launchpad for his debut album.

A less conservative, more diverse BRITs Voting Academy also means some artists who might have sailed onto the nominations are left out. Big Q4 and 2018 sellers who have apparently been ignored include Michael Buble, Andrea Bocelli, Kylie Minogue, Post Malone, Imagine Dragons, Take That, Rod Stewart, Paul Heaton, Panic! At The Disco, BTS, 5 Seconds Of Summer, The Prodigy, Tom Odell, Paul Weller and Snow Patrol.

In the Breakthrough category, high-charting artists Tom Grennan and Freya Ridings are unlucky not to get BRITs recognition this time.

The biggest snubs are those for Mumford & Sons and Muse, whose albums both did decent business and got strong reviews in late 2018. But a 14-month eligibility period means Sam Smith is nominated this time after missing out last year despite having the biggest Q4 album in 2017 (akwardly, he still had to perform on the night at last year's ceremony).

While 2019 performers are yet to be confirmed, organisers will need a decent line-up if ITV is to avoid another ratings dip.

As to who will win, Ed Sheeran’s disappointment last year suggests the BRITs has become more competitive rather than just rewarding the most commercially successful artists.