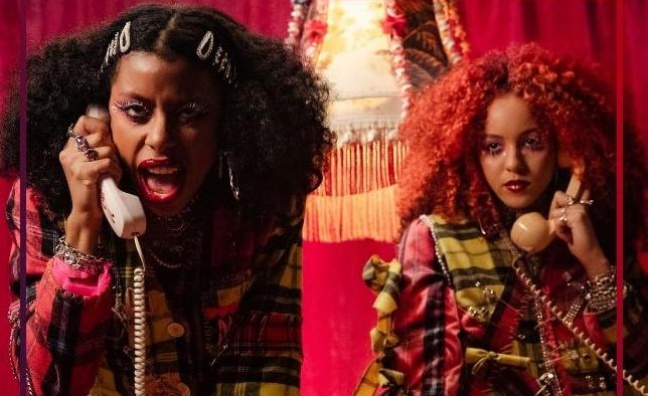 In celebration of International Women’s Day Amazon Music is releasing a pair of one-off tracks: one by rock duo Nova Twins, and one by rising R&B star Tamera.

Marshall Records act Nova Twins are releasing a live version of their track KMB, while Tamera contributed a version of Killing Me Softly by the Fugees. Both songs are available exclusively on Amazon Music.

Nova Twins (pictured) said of the release: “We had so much fun recording this live version of K.M.B. at Metropolis Studios, which is such a cool space. We felt inspired on the day and ended up adding a spontaneous instrumental section to the end of the song, which came out wild and we love its energy.”

Tamera said: "I'm really excited to be a part of this with Amazon Music for International Women's Day. I chose to do a remake of Killing Me Softly because it has such a beautiful message. With my new verses I wanted to highlight the fact that hardships can make you tougher but that doesn’t necessarily mean you’re a tough person. I also love the idea of viewing your own story from someone else’s perspective and sometimes others see you in a brighter light than you see yourself. I feel like it’s easy to be super critical of yourself and at times people really do see in you what you can't see in yourself.”