Olivia Rodrigo is Music Week's Artist Of The Year 2021 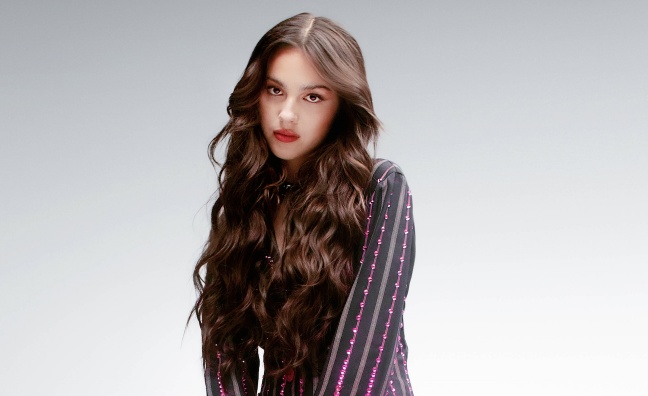 Olivia Rodrigo has told Music Week that the “honesty and vulnerability” in her music drove her astronomical success this year.

The Drivers License singer stars on the cover of our brand new issue and is Music Week Artist Of The Year 2021. In an extensive cover interview, alongside Interscope CEO John Janick, Polydor co-presidents Tom March and Ben Mortimer, producer Dan Nigro and her team, Rodrigo reflects on a whirlwind breakthrough campaign and looks ahead to what’s next.

“It’s so cool!” she said. “I’m really honoured, It’s always amazing to feel the love from overseas. This past year has been surreal...”

Looking back on the success of her debut album Sour, which topped the charts in the UK and has 377,048 sales, Rodrigo said: “It’s funny, I sometimes think, ‘If I were an outsider looking in on my career, what would I think about it?’ I’ve always admired women that are really vulnerable and honest in their music, and all of my idols are, so I’d appreciate that about my music, hopefully.”

Rodrigo, who recently announced her first UK tour dates, said that “honesty and vulnerability” will continue to characterise her future releases.

“I still want to be writing when I’m 75,” she said, adding that songwriting “always comes first”.

“It’s what I think about the most and what I’m most passionate about,” Rodrigo said. “I definitely tried working with other writers at the beginning of my career, but I think what makes me special as an artist is my perspective and the way that I say things.” 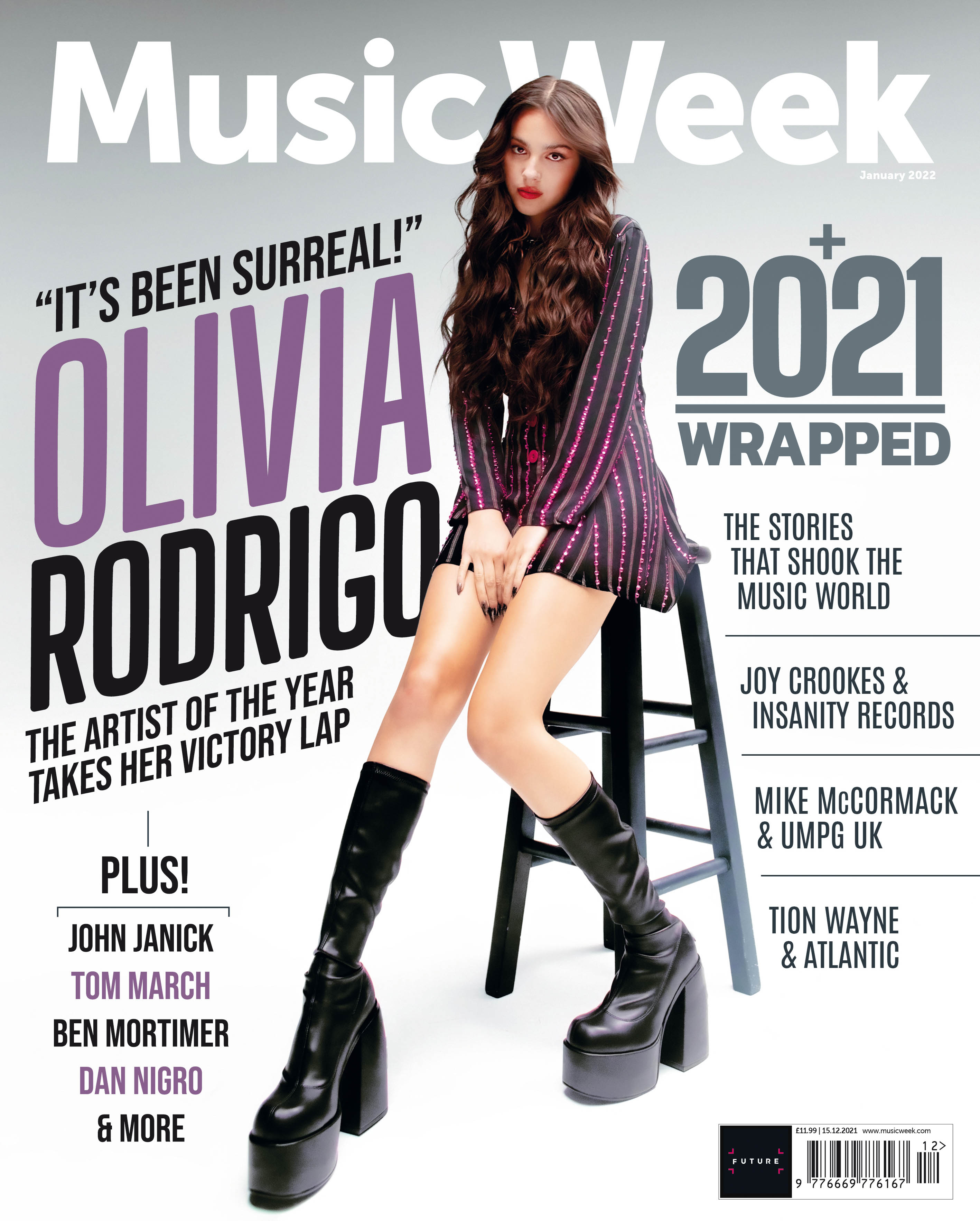 “Olivia is a force of nature and we saw how special she was as an artist and as a person immediately,” Interscope CEO John Janick told Music Week. “It’s so important to give artists with that kind of potential the support they need to be as successful as they can be. Beyond that, it’s about assembling the right team. And we’ve built a great team at Interscope and Geffen that gave Olivia the backing and expertise she needed to become the kind of global success she is.”

Ben Mortimer, co-president at Polydor, who led the UK campaign, said: “I think we’d all be lying if we said we knew the extent of what was coming with Olivia. Her being named Artist Of The Year is amazing. It’s great and I think she deserves it. We had inklings of a new signing Interscope were really excited about before Christmas in 2020. Then when we came back after Christmas the world of Olivia had gone completely mad. It became apparent, very quickly, that they had signed a wonderful artist who was riding on the wave of a cultural phenomenon.”

His fellow co-president Tom March told Music Week: “The second I heard Drivers License I knew it was special. I did not, obviously, assume it was going to be one of the most impactful global songs of the year. But there was something magical, something that hit you. Then when the song came out, we knew within hours how fast it was moving and that there was something unique and spectacular happening. Olivia was already a superstar for kids and young people. The rest of us were just catching up.”

Dan Nigro, who wrote on Sour alongside Rodrigo, also opened up about how the story unfolded in 2021.

“One of my favourite things about Olivia is how bold she is,” he said. “After Drivers License came out, she was telling me that the last thing she wanted to do was create the same song again, even though she felt that people were expecting that. She was on to the next thing and that was inspiring to hear. Most artists fall into the trap of giving the audience what they think they want, especially when they have a huge song. Olivia just wants to do what feels natural and great for her.”

Read the full interview with Olivia Rodrigo and her team, including Polydor’s Hannah Flaherty and Sony Music Publishing’s Thomas Krottinger, in the new edition of Music Week.