Overnight news from around the world: Monday, August 22 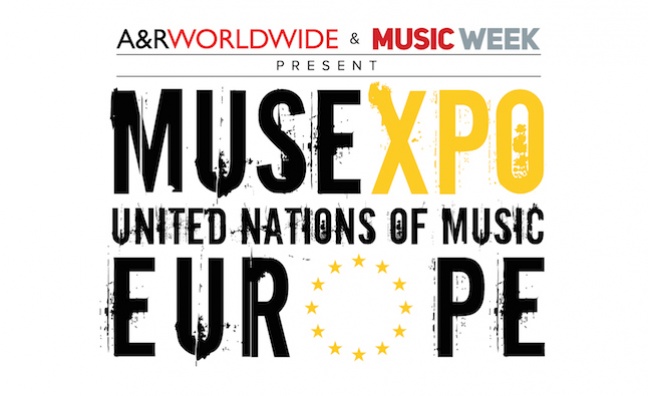 Island Records president Darcus Beese will be the inaugural winner of the European Executive Of the Year Award at Music Week and A&R Worldwide’s MUSEXPO Europe conference in September. The award honours an executive with a stellar track record across Europe over the last 12 months, who has helped set new standards in artistic and commercial achievement. The award will be presented at the gala dinner that closes MUSEXPO Europe on Tuesday, September 20. The conference takes place September 18-20 at the Millennium Hotel in Mayfair, London and features an array of top music business executives. Beese will also speak at the dinner.

Lou Pearlman, the disgraced music mogul who launched boy bands the Backstreet Boys and N'Sync and whose own career ended in ignominy, has died in prison on August 19 at the age of 62. The cause of death was not disclosed, but he was suffering from diabetes and had a heart condition. Pearlman was serving a 25-year sentence for embezzlement after he was found guilty in 2008 by a court of running a Ponzi scheme, which attracted  over $300 million from investors.

A beachside rock concert featuring the Kaiser Chiefs was abandoned when the high tide inundated the arena. The band were due to play the Wave 105 Night Air on Bournemouth beach on Friday night, as part of an annual four-day air festival. Concert-goers were told to leave the beach when the sea encroached into the audience area and damaged the stage. Organisers apologised and blamed "a combination of exceptional wind and sea conditions". About 5,000 fans were in attendance. (BBC)

Frank Ocean released his long-awaited second album, Blonde, on Saturday night. It was released as an Apple Music exclusive. Fans in New York, Chicago, London and Los Angeles could pick up physical copies of the record at pop-up stores. (Guardian)

Vevo has hired Goldman Sachs to secure up to $500 million of capital from new investors, according to sources. Vevo aims to raise between $300m and $500m to fund international expansion, potential acquisitions and the development of new mobile and television services. (FT)

Hilary Duff is the latest act to sign with Scooter Braun's SB Management company. She joins a roster of artists including Justin Bieber, Kanye West and Carly Rae Jepsen. (Billboard)

Pandora is aiming to start expanding its internet-radio service, offering a free tier as well as two new monthly subscription options as soon as next month. Pandora is close to reaching deals with major record companies that will allow it to do so both in the US and in new overseas markets, (Wall Street Journal)

Sony/ATV songwriter MoZella, who has written songs for artists including One Direction, Rihanna, Miley Cyrus and Madonna, about the negative impact the DOJ’s decision not to amend the ASCAP and BMI consent decrees will have on songwriters. "All we asked for were reasonable updates to those consent decrees so we could negotiate fair rates," wrote MoZella, real name Maureen McDonald. "Instead, the DOJ sided with the streaming businesses in essence picking them as marketplace winners at the expense of individual songwriters who are struggling to make ends meet.The DOJ was unfair to us and we need your voices. Please email your local congressman/woman and senators in support of appealing these DOJ rulings and also in support of the Songwriter Equity Act which amends the Copyright Act and also voice your rejection of the 100% licensing ruling. It’s a small step, but everyone’s voice matters." The full letter can be read here.

The August 22 edition of Music Week sees us investigate whether indie labels are being squeezed out on streaming services. Elsewhere, the music industry pays tribute to legendary artist manager David Enthoven and Reading & Leeds organiser Melvin Benn chats to us about this weekend's festivals. We shine a spotlight on the accountancy sector with a special report, while Disturbing London’s Dumi Oburota and Damaris Rex-Taylor take on the Big Interview. Subscribe here.