Overnight news from around the world: Tuesday, August 23 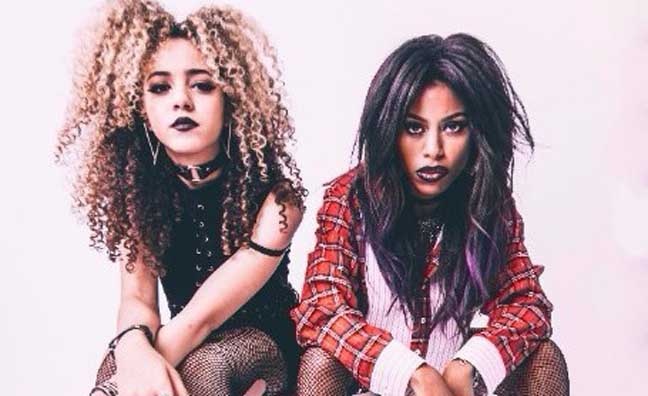 Finding the Female Headliner (FTFH) is being rebranded as ROAR, with four UK dates announced for September. FTFH was a monthly showcase night launched by Robomagic Live in 2015 to provide a platform for talented female musicians, addressing the notable lack of female headliners on festival bills. The series will kick off at Bristol Exchange on September 19 with a night featuring Rozelle, Amy Yon, Carys Selvy. Further concerts will take place in London, Brighton and Manchester with acts such as Nova Twins (pictured). Promoter Kath Butler said: "The rebrand stemmed from a desire to change the name. We decided on ROAR as it denotes a fierce and powerful voice whilst not speaking to a prescribed gender orientation.”

Deezer's North America CEO Tyler Goldman is leaving the company. Goldman, who was the streaming company’s North America CEO for three years, is to serve as the CEO for PAX Labs, a maker of e-cigarettes. Deezer is yet to comment on his departure. (RAIN)

MPA signs up to Operation Creative

The Music Publishers Association (MPA) has become the seventh partner to join Operation Creative, an initiative designed to disrupt and prevent websites from providing unauthorised access to copyrighted content. Operation Creative was launched in April 2014 as a partnership between the City of London Police and the UK advertising industry. It aims to disrupt criminal profits generated from websites providing access to stolen and infringing content such as music, films, books and games. The MPA has joined existing partners the British Phonographic Industry (BPI) the Federation Against Copyright (FACT), The International Federation of the Phonographic Industry (IFPI) the Publishers Association (PA), PRS For Music and the Association for UK Interactive Entertainment (UKIE). The initiative continues to drive the world’s first online portal, the Infringing Website List (IWL), which contains an up to date list of copyright infringing websites which are evidenced by the creative industries and verified by The City of London Police Intellectual Property Crime Unit (PIPCU). To date, 1,150 infringing websites have been captured on the IWL.

House and bass writer and producer Kideko has signed a publishing deal with Warner/Chappell Music. Brighton-based Kideko has risen to prominence after scoring two massive club hits in the past 18 months, The Jam and Crank It. He has also remixed tracks including Disciples and David Guetta’s No Worries, John Newman’s Come And Get It and Imany’s Don’t Be Shy. Jane Bell, senior international creative manager, Warner/Chappell, said: “Kideko has built up a significant following for his sound with an underground audience. We look forward to working with him to develop his career as a writer and to help bring his music to even more fans.

Tech startup Vibe Tickets which aims to stop ticket touts by helping fans sell spare tickets to other fans, has launched a bid for £600,000 of investment via Crowdfunding. “I simply hated seeing genuine fans being ripped off by touts and the secondary market”, said Vibe founder Luke Massie. “And I’m clearly not alone. We’ve now got 145,000 followers on Twitter and an incredibly active community on our App. So we’re opening up Vibe Tickets for people to invest in our vision, and share in our success via Crowdcube. This investment round will make 10% of Vibe Tickets available through Crowdcube. We’re looking for fans, followers, friends and venture capitalists to invest anything from £10 towards our target of £600,000. It’s a great opportunity for anyone who wants to help us outsmart the ticket touts and help us build something that’s genuinely disruptive and incredibly useful to genuine fans.”

Canadian songwriter, artist and producer Daniel Lanois has inked  an exclusive global publishing agreement with The Bicycle Music Company, the publishing division of Beverly Hills, CA-based independent music company Concord Bicycle Music. The deal, the terms of which have not been disclosed, covers Lanois' forthcoming album Goodbye To Language and 2014's Flesh And Machine. "I am very proud to be running in tandem with Bicycle in these times of adventurous music," said Lanois.

Sucker For Pain from the Suicide Squad soundtrack leads this week's UK trending chart ahead of Ellie Goulding's Still Falling For You. We Don't Talk Anymore by Charlie Puth feat. Selena Gomez sits at No.3. The full Top 20 is as follows: