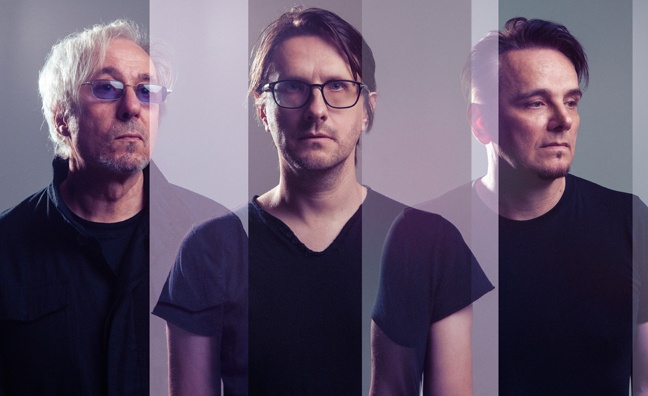 Porcupine Tree say they have only reunited because the band have made some of their best music yet.

The rock band have returned after a 13-year absence with new album Closure/Continuation, which was released on Friday (June 24). The album is chasing No.1 in the charts and is currently in first place with 11,727 sales, according to the Official Charts Company.

Speaking in Music Week, Porcupine Tree explained that only the quality of the record, made during the lockdown, tempted them to break their hiatus.

“I felt the pressure on us to justify the comeback,” explained frontman Steven Wilson. “I wanted to make absolutely sure we had a killer record. There’s so many precedents for fans putting pressure on bands to get back together, and when they do come back, it’s very mediocre and watered down, with all that intensity and momentum they had in their prime no longer there. We were conscious that we wanted to make one of the best records, if not the best, we’d ever made... Almost by stealth, we’d created one of the strongest albums we’d ever made.”

Wilson, along with keyboardist Richard Barbieri and drummer Gavin Harrison, admitted that the reaction to Porcupine Tree's return after their initial 1992 to 2011 life span, does seem to have justified their efforts.

“Absence does make the heart grow fonder,” Wilson told Music Week. “The legend of the band seems to have grown, to the point that we have more people interested now than at any other time during our previous lifetime.”

Absence does make the heart grow fonder... The legend of the band seems to have grown

Talking about their chart prospects, Wilson added: “I’d be lying if I said I wouldn’t get a thrill if we were No.1. We were always struggling to get people looking in our direction, but now they are. I’m glad we have an album that justifies that attention, and will hopefully live up to that expectation.”

However Wilson was keen to stress that, despite the appreciation of Closure/Continuation, there were no guarantees that this would mean Porcupine Tree are back for the long term.

“I’m not aware of anyone putting pressure on us to commit to anything beyond this,” Wilson explained. “I think that’s testament to the kind of people we’ve chosen to work with.”

“We’ve designed the deal so the boys don’t feel obligated to continue this,” acknowledged Peter Rudge of Pro Music Management, who’s been involved with Wilson’s last two solo efforts, 2017’s To The Bone and last year’s The Future Bites, both of which were released through Caroline International (now Virgin).

Rudge, who’s worked with everyone from The Rolling Stones to Il Divo and Madness to Lynyrd Skynyrd, said that the kind of devotion bands like Porcupine Tree elicit provides “the silver lining in our industry”.

The band have also expressed their trust for label Music For Nations, by allowing them to take the lead and guide Porcupine Tree through the worlds of digital and social media, something the group did not have to really contend with first time around.

“It’s been 13 years [between albums] and they’re not the biggest experts in the digital world,” explained Music For Nations' head Julie Weir. “I feel for artists now who get signed and then have to be masters of TikTok and Instagram. Anyone who’s coming in now has to be an artist and a content creator, which is really hard. [During filming], we got the band to talk about being back together, as well as doing rig rundowns and everything. It took a bloody long time to convince them, but I told them, ‘Trust us on this one thing, and we’ll make it a smooth experience.’ And that’s what they came out saying. The band is very specific about their own aesthetic and the way they do everything, yet there were minimal editing tweaks, so they were a big fan of that.”

While navigating these concerns – particularly streaming – is a challenge for rock bands, Pro Music Management's Peter Rudge argued that bands like Porcupine Tree are thriving currently.

“Rock’s not dead at the box office,” he said. “It’s very much alive. One of the many fascinations in our business right now is the disconnect between the live ticket and the stream. Streaming does not develop artists; it sells product. If you look at the Top 100 artists on Spotify, at best you recognise 10 of them. If you look at the Top 100 grossing artists of the past month, though, you’ll pretty much know them all, even if you’re a casual observer. So it’s very much a schism in that sense.”

Subscribers can read the Porcupine Tree feature in full here.