Preview: all you need to know about Music Week's latest RADAR night 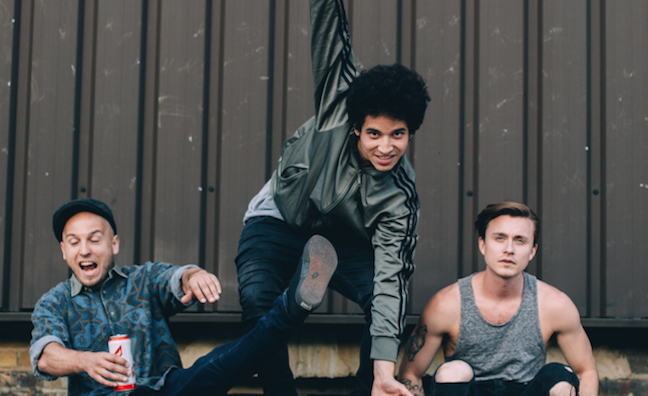 Music Week’s RADAR night returns to west London’s Under The Bridge tonight (March 2) with a six-act line-up of emerging talent.

Here, we take a look at the six artists playing, in alphabetical order.

You might know London rapper Alika from her verse on Croydon MC Nadia Rose’s Poltergeist single. Or, you may recognise her as the winner of MOBO’s Unsung Award for 2016. Either way, her set at Under The Bridge promises much, with many in the crowd sure to be keen to catch the next in an exciting line of young female talent emanating from the UK, with Ray Blk, Jorja Smith, Rose and more all competing for the limelight.

Hailed by DJs including Tom Robinson and Huw Stephens, riff-heavy Sheffiled four-piece Bang Bang Romeo recently signed with Solo Music Agency and have previously toured with Starsailor. It’s a fair bet they’ll be the loudest band of the night.

Cortes might have something to say about that, though. The London trio have enjoyed strong support at radio, with Zane Lowe describing them as “almost certainly better than good”. Expect taut, wiry rock songs.

Twenty-one-year old London-based singer-songwriter Dan Crossley arrives as an altogether more intimate proposition. His sleek, modern pop is the product of four years of hard work since moving to London from his Telford hometown at 17. Full of synth and reverb, debut single Feel was released this month.

From northeast London, Fran Lobo melds soul with electronica and future pop. Tipped by NME, The Fader and The Independent, the singer made waves with last year’s Surround EP and has collaborated with Sleigh Bells. Lobo campaigns to celebrate the work of women in the music industry and has worked with PRS’ Women Make Music Fund.

Sonia Stein is signed to Marathon Artists and worked with Liam Howe (Adele, FKA Twigs, Jessie Ware) on her One Of Those Things single, which straddles pop and R&B. Completing a diverse RADAR line-up, Stein has recently worked with Hannah Robinson, who has written for Lana Del Rey and Zara Larsson.

A limited number of complimentary tickets are available to Music Week subscribers. For more information, please visit https://www.nbmevents.uk/radar and use code MWVIP.